According to the American Society for the Prevention of Cruelty to Animals, approximately 7.6 millions pets find themselves in animal shelters each year. Because of this staggering number of pets needing homes, animal lovers are being encouraged to adopt pets from shelters. But don't shelter animals come with a host of disadvantages? Not so! Here are five common myths about shelter pets and the truth behind them. 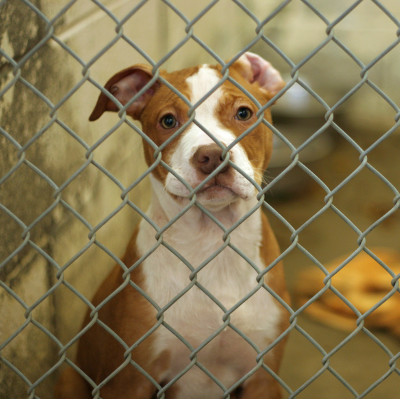 Many people assume dogs and cats end up in shelters because they are "bad." The truth is that most pets are surrendered to shelters for reasons unrelated to their behavior. According to the National Council on Pet Population Study and Policy, the top five reasons dogs and cats are relinquished to shelters are the owner is moving, the landlord won't allow a pet, the owner has too many pets, the owner can't afford the cost of pet care, or the owner has personal problems. These issues are not a reflection of the pet's behavior.

In the list of reasons why people give up dogs and cats to animal shelters, "illness" ranks number nine. Reputable shelters do not place sick animals up for adoption. If a sick dog or cat is brought to an animal shelter, the animal is either treated by a veterinarian or euthanized.

While adopting a shelter animal might cost more than adopting a dog or cat from a neighbor, it's a lot cheaper than buying a dog or cat from a breeder. County and city shelters often charge a nominal fee to adopt a shelter pet, and the animal has almost always been spayed or neutered and provided with vaccines. The small amount you pay barely covers the cost of the surgery and inoculations. It also allows the shelter to recoup some of its expenses and go on to help other homeless pets.

Cats are born with the instinct to use the litter box, and shelter cats are no exceptions. Cats are provided with litter boxes while in shelters, and easily adjust to using the litter box in a new home. In many cases, dogs adopted from shelters are housetrained because they came from a home environment. In the cases where a dog is not already housetrained, a little bit of work is required to teach the dog to use the outdoors as the restroom, but is almost always successful.

Myth #5: Shelter pets are too old.

According to the National Council on Pet Population study, the majority of dogs and cats in shelters are between the ages of 5 months and 3 years. The idea that pets from shelters are too old to adapt to a new home is pure myth. Most cats and dogs are young enough to have most of their lives left to live, and they quickly get used to a new home. The few older pets that are surrendered to shelters may take a little longer to acclimate to a new family, but once they do, most are loyal and affectionate.