Have you ever had one of those days that didn’t go the way you had planned? Well, for my wife, Kristi, and I, that day came a few Saturday’s ago–July 28th to be exact. I had just settled in to a Harry Potter marathon, stoked because it was the first Saturday in a long time I had jack-diddley to do. That all changed when Kristi stepped outside, only to come back in a few minutes later saying, “Jon, there’s a dog in our garage.” I walked down the hall to the front door thinking it was a neighbor’s dog wondering the neighborhood. The extent of my involvement would be shoo-ing him out of the garage, and then I could return to Hogwarts. 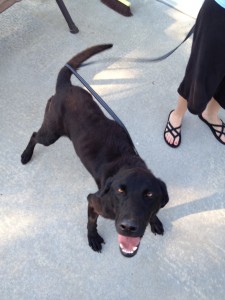 To my surprise, when I approached the opening of the garage, a skeletal frame wearing a dingy coat of fur came sauntering out from the shadows of the garage. My heart sank. I knew that there was no way I could “shoo” this vagabond away. At that moment, the planned activities for the day changed. We got our unexpected guest into our backyard, enclosed by a wooden privacy fence, so we could get our thoughts together and take a closer look at him.

His fur was waxy to the touch, his skin was drawn tightly to his ribs to the point they were well defined and easy to see. He drank water like he had never tasted it before. But most of all, he seemed relieved to find friends. As we petted and pampered him a little, we could see a harsh indention in his fur around his neck. Something had been tight enough, for long enough, around his neck that it left an indention in his fur–like carpet after a piece of heavy furniture had been moved.

I started to play fetch with him, which he immediately responded favorably to. The first couple of throws were underhand and he fetched as if he didn’t have a care in the world. I went to throw overhand and he cowered in front of me. This dog had obviously been abused through neglect, but had he also been physically abused, as well? 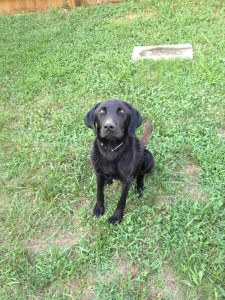 While I kept our unexpected guest occupied in the back yard, Kristi went out through the neighborhood to see if by chance anyone had lost their pet.

She ran into a couple a few houses down that admitted that the dog was theirs and he had dug out from under their privacy fence. They told Kristi that he was too difficult to manage. They didn’t have the money to keep him up or keep him fed. They said that if we wanted him, we could have him. They didn’t want him anymore.

Kristi came back mad. Mad with a red-headed Irish temper that I’ve found myself on the wrong side of a few times during our marriage. We decided then that we’d foster him until he was healthy. No pet deserves this. After trying to get an appointment at our regular vet, we went to a vet downtown who our vet recommended. Our unexpected guest traveled very well and was very cooperative to get into the vet’s office.

After an once-over by the Vet, she recommended all the basic shots and vaccines, as well as testing for heartworms. We proceeded with all the shots, vaccines and tests. Ultimately, the worst was confirmed. Our unexpected guest had heartworms, intestinal worms, tick-born illnesses and was at least 20 pounds underweight. She suspected that he was a full-blooded lab, approximately one year in age.

We spent the next little while planning out how we were going to get him better over the next few months. That afternoon, we left the vet’s office with a new mission, a new friend, and a new name for him–Lazarus. Keep your eyes peeled for my updates on Lazarus’ journey with us – it’s sure to be a fun, yet long adventure.

Have you ever received an unexpected guest like this? What did you do?

As Point of Purchase Manager, Jon directs the packaging team from design and engineer to photography and tradeshows. He makes sure that when our products hit the shelves, they are bundled in the best package for the consumer and retailer. He came to PetSafe from Goody's Family Clothing Corporate Headquarters, where he was Copy Chief in the Advertising Department. In addition to fostering Lazarus, he also has a Shih-Tzu named Priscilla. 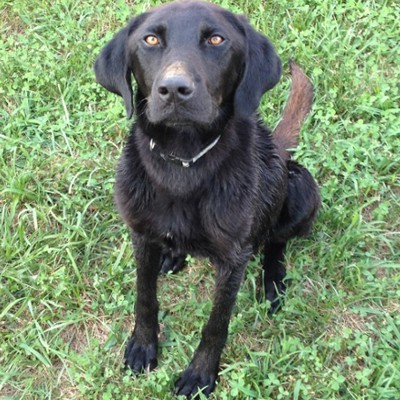 The Honeymoon Is Over: Lazarus Part 2 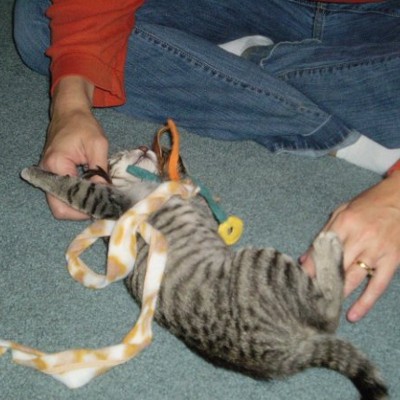 A Beginner’s Guide to Fostering Pets 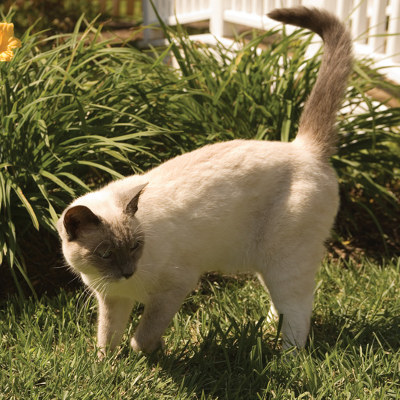 What to Do If You Find a Lost Pet

8 Reasons Why You Should Foster Animals