Antibiotic Resistance: An Important Global Issue That You Can Help

You can’t read a news website or magazine these days without a headline warning about antibiotic resistance. You may have heard of MRSA (methicillin-resistant Staphylococcus aureus), but the alphabet soup of super bugs is growing to include VRSA (vancomycin-resistant Staph aureus), VISA (vancomycin-intermediate Staph aureus) and a host of other scary bugs. So, let’s discuss a few points about what antibiotic resistance is and what it means for people and pets.

Some history regarding antibiotics will help explain the problem’s roots. Antibiotics have been around for only about 100 years. Early antibiotics were derived from molds – they are mold’s way of fighting off bacteria: molds produce substances that kill bacteria in competition for the same resources that molds were. 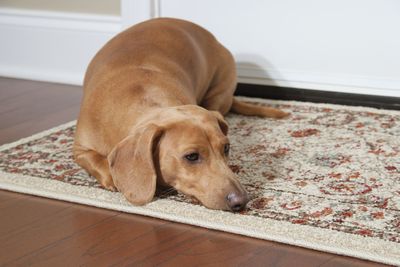 Alexander Fleming, father of the antibiotic era, noticed in his lab that there was ring of bacteria-free growth medium surrounding mold colonies. He isolated the compound that had killed off the bacteria – penicillin - and used it to treat human bacterial infections.

This brings us to Point #1: Antibiotics work only against bacteria. All of the illnesses caused by viruses, like the flu (influenza virus), the common cold (many different viruses working together), and rabies, to name just a few, are not affected antibiotics.

This is one of the key points behind antibiotic resistance – if you’re treated with antibiotics for a virus, you not only don’t treat what’s making you sick, you are fueling resistance.

Antibiotic resistance refers to the power of antibiotics to kill bacteria wearing off over time. It’s not due to any change in the antibiotics; it’s because bacteria can defend themselves against antibiotics better. The bacteria evolve to become stronger and resistant to the effects of the antibiotics.

This brings up Point #2: Overuse of antibiotics is what drives resistance. This happens because MDs and veterinarians prescribe antibiotics ‘just in case’, and also due to their use in livestock food production.  (Antibiotics added to chicken, cow and pig feed makes them grow larger, and faster).

Antibiotic resistance develops like this:  if antibiotics are misused, they tend to kill off weaker bacteria. Even if they’re not a problem, they are there, in your lungs, in your intestines, and on your skin. The ones that are killed off initially are the weaker ones – the ones that haven’t ‘learned’ to be develop resistance – this leaves the strong ones, the resistant ones. These resistant ones are the ones that rise up the next time develop a bacterial infection, and they don’t respond to the antibiotic that was used last time. So you might need a different and more powerful antibiotic each time. An arms race develops, with eve- increasing levels of bacterial resistance needing newer and ever more potent drugs.

MDs and veterinarians know it that the overuse issue is huge.  Many in the public don’t.  Doctors feel incredible pressure from parents, patients and pet owners to prescribe antibiotics for a many conditions that don’t need them. Ear infections in children are a classic example – many are ‘self-limiting’, meaning they go away on their own with no medication needed. We really don’t need to intervene medically as much as we think we do.  But parents put pressure on doctors to prescribe antibiotics for ear infections, often with the best intentions. And if the disease gets better in 24-48 hours (which is the usual time course for antibiotics to work, and also for an ear infection to clear up on its own) the improvement is erroneously credited to the antibiotics.  The temporal link of the antibiotic prescription to the improvement strengthens the impression that antibiotics are needed. In reality, only a small fraction of ear infections need antibiotics to improve.

Many feel that a trip to the doctor or veterinarian isn’t complete without a little vial of pills or pink liquid. And woe to the poor clinician who doesn’t prescribe antibiotic, who then is faced with a patient who gets sicker! The appearance that the disease got worse because they didn’t prescribe antibiotics is hard to shake and fingers start pointing. I often get quizzical stares from pet owners when send home antibiotics, even if the pet has a fever or some other sign of (probably viral) infection.

Point #3: Please don’t demand antibiotics – if your doctor says they’re not needed, go with that.  Some indications that antibiotics might be needed are a positive culture result (actually growing bacteria in a petri dish), green discharge (pus, a mix of dead white blood cells and dead bacteria) and changes on bloodwork. A CBC, or complete blood count, can often show a high, or even worse, a very low white blood cell count and perhaps signs that the white blood cells are losing the battle. But: a high white cell count or a fever are not always signs that a patient needs antibiotics.  Many things besides bacterial infection can cause a fever!

As an example from my career, I’ve seen many cases of pets treated with antibiotics for repeated urinary tract infections, or UTI.  In some cases, there was no infection at all – they had a stone in their bladder or a tumor, causing the same symptoms as infection: blood in the urine, frequent urination.  But instead of treating the right problem with surgery to remove the tones or tumors, repeated antibiotics prescriptions create resistant bacteria.

Enough cycles of the wrong treatment, and you can see may happen – if a UTI does develop, instead of a weak bug that would respond to entry-level antibiotics, we now deal with a ‘superbug’ that eats normal antibiotics for breakfast and can only be tamed with expensive and sometimes dangerous medications.  This isn’t an isolated or rare problem: I’ve been faced with many culture results with an “R” (for resistance) for every single antibiotic in the hospital. In some cases, there are no drugs left to use, in others only drugs that are too expensive. The trend has increased to the point that I often dread reading a culture, for fear of having to go back to the pet owner and say “there’s nothing more I can do”.

We will only win this fight if we use antibiotics less and use them smarter.  This means limiting antibiotics in livestock feed, and fewer unnecessary prescriptions for people and pets. Tests will hopefully soon be available that can detect bacteria without waiting 3-5 days for a culture.  We will always need new antibiotics to fight infection, but that’s only one part of the solution.  Patients and doctors will need to work together, and stop thinking that a vial of pills will cure everything – it won’t, and the sooner we realize that, the sooner we can start fixing this problem.