rscvm-ecws05
Blog > Breed All About It Bulldogs

Breed All About It: Bulldogs

One look at that wrinkly, lovable face, and you'll understand why the Bulldog ranks No. 4 on the American Kennel Club's list of top breeds in 2014.

In fact, this sweet-tempered dog has been popular for hundreds of years, first capturing fans and devoted owners when it originated in England in the late 13th century. Though bred as a bull baiting dog back in those days, the breed evolved into a cherished pet in the 19th century, and is prized today for its ability to blend seamlessly into all types of family situations.

Described as gentle, affectionate, intelligent, strong, and determined, the Bulldog shows plenty of natural patience with children, gets along well with other animals, and serves as a good watchdog. 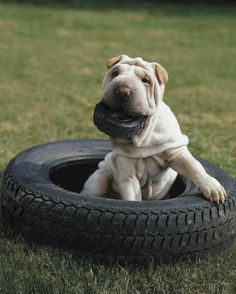 Some of the Bulldog's considerable charm comes from his immediately recognizable looks. There's no mistaking the broad shoulders, low-slung body, wide-set legs, short nose, and wrinkly, jowly face. A medium-sized dog, the Bulldog stands 12 to 14 inches tall and weighs 40 to 50 pounds. His short, slick coat--which comes in brindle, white, fawn, red, or fallow (a pale yellow or cream)--requires minimal grooming, but his wrinkles should be gently cleaned every week.

Potential Bulldog owners should keep in mind that the Bulldog doesn't do well with temperature extremes and will do best health-wise in a home environment where he isn't exposed to fluctuating temperatures.

Not a natural athlete, the Bulldog still appreciates short walks and can be trained in his puppy years to perform tricks. Some Bulldogs have even been known to ride skateboards or go surfing! Though if you want to try a water-based activity with your own Bulldog, make sure he has a well-fitted life vest, as his short legs and girth do not make him the best swimmer. 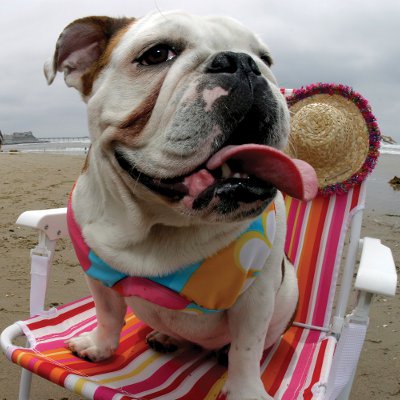 The loyal, affectionate Bulldog will enjoy relaxing with you and giving family members affectionate (though a bit wet) kisses. Because he's not particularly active, the Bulldog doesn't need a huge yard, and he'll want to spend more time in the house with you, anyway. The breed also makes its presence known with a variety of sounds and smells--expect snorting, grunting, drooling, and the occasional tooting if you add a Bulldog to your home.

Here are a few more fun facts and tidbits about the Bulldog.

Thought to be a cousin to the well-known Bulldog, the French Bulldog is a smaller version of the popular breed. Standing about 11 to 13 inches tall and weighing 22 to 28 pounds, this bundle of canine affection has a short, smooth coat that requires weekly brushing.

Fans of the "Frenchie" describe it as laid-back, friendly, and lovable. The breed enjoys a daily walk but prefers snuggling with his owners to activities requiring major exertion. The French Bulldog gets along well with children and other dogs, and cats, too, if socialized to do so. 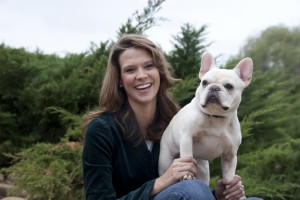