rscvm-ecws05
Blog > Breed All About It Siamese And Abyssinian

Breed All About It: Siamese and Abyssinian 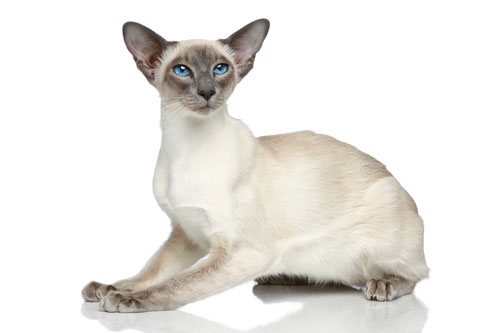 When it comes to distinctive good looks, the Siamese stands out among his feline cousins. Dark spots of color on his face, ears, feet and tail, combined with bright blue eyes and a long, lithe body, make him easy to pick out in a crowd.

The Siamese began drawing attention from cat lovers hundreds of years ago in ancient Siam (now called Thailand), and the cat came to the United States in the late 1800s as a gift to President Rutherford Hayes’ wife. Though his unique markings or “points” originally came in dark brown (known as “seal”), they now can come in chocolate, blue and lilac (gradually lighter shades of brown and gray). Some cat associations also recognize tabby, red and cream colors on the points.

Many of the Siamese’s personality traits are as distinctive as his good looks—especially his chatty nature. Fans of the breed say the cat loves to talk, and will demand that his human companions listen to what he has to say. The cat loves spending time with his family, whether that time is spent playing games, snuggling on the couch or “helping” with household activities. An intelligent, affectionate breed, the Siamese gets along well with people of all ages as well as other pets. 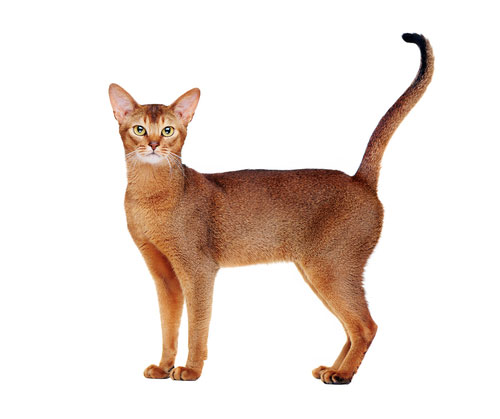 If cats had human personalities, the Abyssinian would be the cat who greeted you at the door, invited you in and handed you a fruity drink. An interactive, affectionate breed, the Abyssinian seldom meets a person or animal he doesn’t like.

The breed also seldom meets a game or activity he doesn’t like. Graceful and athletic, the Abyssinian likes to be in motion, whether he is chasing an interactive feather toy or inventing his own games. Because the cat is so curious and intelligent, he seems to do best with companions, whether they are human, feline or canine. While an Abyssinian may not curl up in your lap and relax, he will follow you from room to room and take a lively interest in all your tasks, chores and activities.

Combine the Abyssinian’s playful personality with his good looks, and you have a winning combination that attracts many fans. Some compare the breed’s appearance to that of a small mountain lion or cougar because of his athletic, well-muscled body and Agouti “ticked” coat. Each individual hair of the Abyssinian’s coat is striped with alternating bands of color, which makes the fur look like it is shimmering. The unique fur comes in six basic colors, according to The International Cat Association: ruddy, chocolate, cinnamon, blue, lilac and fawn.

The cat’s unique appearance has been capturing attention for hundreds of years. The Abyssinian is one of the oldest known breeds, thought to have descended from Egyptian cats similar to those depicted in ancient paintings and sculptures. Though many speculate about the cat’s origins, it is known that the cat began appearing at British cat shows in the late 1800s, and migrated to the United States in the early 1900s.