rscvm-ecws03
Blog > Breed All About It Terriers

Breed All About It: Terriers 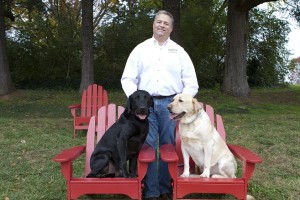 By Jim Tedford, Director of Animal Welfare Initiatives and Alliances

In the world of animal lovers we tend to divide ourselves into very distinct “groups”. Perhaps most obviously, we sort ourselves into “dog people” or “cat people”. There is, without question, a significant amount of overlap between those groups, but most of us have a particular leaning in one direction or the other. I love cats, but I have to admit it…I’m a “dog person”.

The stratification continues beyond the macro-level. If one identifies as a “dog person”, he must also identify as a small dog person or a big dog person. And, he must decide whether he is a terrier person or a hound person. The American Kennel Club has sorted dog breeds into particular groups saving us the trouble of coming up with our own labels.

Into which group would you place yourself – Sporting, Hound, Working, Terrier, Toy, Non-Sporting, Herding, Miscellaneous??? Since I’ve already admitted my bias towards dogs, I might as well go all the way and admit that I am a terrier person! You might ask yourself, how did a terrier person end up with two Labrador retrievers? The logic is simple…my wife is a Labrador person! But, like me, she is pretty much an equal opportunity dog lover and has met very few dogs she doesn’t like.

Determining what our dog preferences say about our personalities is well beyond my scope. We will leave that up to the psychiatric community to debate. So, at the risk of being judged, I am a terrier guy through and through! And, not only do I have a penchant for terriers…I prefer Jack Russell Terriers (or Parson Russell Terriers which is a formal breed name that may never really catch on).

The AKC website describes the Terrier Group in part as follows:

“These are feisty, energetic dogs whose sizes range from fairly small, as in the Norfolk, Cairn or West Highland White Terrier, to the grand Airedale Terrier. Terriers typically have little tolerance for other animals, including other dogs. Their ancestors were bred to hunt and kill vermin. Many continue to project the attitude that they're always eager for a spirited argument…. In general, they make engaging pets, but require owners with the determination to match their dogs' lively characters.” 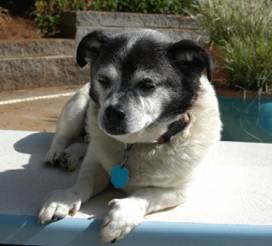 From my experience with various members of this “group”, this description is spot-on! I have lived with a Yorkie and two Jack Russell mixes and I have the scars (mostly emotional) to prove it. But, I also have fantastic memories which far outweigh any of the challenges those guys presented.

Clarence was my best friend in college. He was a 5-lb. Yorkie who provided a sympathetic ear and a shoulder to cry on. He was a one-man study group who saw me through some challenging times.

Jackson was a Jack Russell who embodied all the stereotypes we associate with the breed. He had more energy than a car battery and more personality than a loaded clown car!

And then there was Tanq. Tanq was a New Orleans street dog who had all the street smarts and attitude he needed to survive. He once pulled out of his collar and ran into a busy street where he had a run-in with a Toyota. Despite some missing teeth and a tread mark across his back, Tanq went to his grave (many years later) convinced that he whipped up on that car!  Most of us have a dog who becomes so deeply imbedded in our hearts that he becomes the standard against which all other dogs are measured. For me, that was Tanq.

And, now there’s Henry. When I mentioned to a group of my animal shelter colleagues that I was considering adopting another Jack Russell (Tanq has been gone for nearly 3 years), I was VERY specific. I wanted the PERFECT Jack Russell – five to six-years-old, relatively calm, housetrained, etc. Basically, I wanted Eddie from the TV show Frasier! 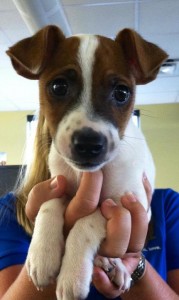 What I got was Henry. He was a nine-week-old Jack Russell puppy. I don’t do puppies, but when the pictures and video clips started showing up from the Asheville (NC) Humane Society I was sunk!

Henry is not only A Jack Russell terrier…he is THE Jack Russell Terrier. He was picking fights with much larger dogs before he hit 3-months of age! He is now nearly 8 lbs of muscle and puppy teeth who sees himself as being much, much larger.

Henry is a handful…and I adore him! He has won the hearts of everyone who has met him. As I type this post, he is dragging an extra large dog bed across our office floor with a piece of stuffing hanging out of the side of his mouth. Maybe I should be a bloodhound person instead?