Do your pets dream? While we can't know for sure what they dream about, dogs and cats certainly appear to go through the motions of paws paddling, whiskers twitching, and even whimpering or hissing in their sleep. We speculate that our pets re-live experiences during dreams that made an impact on them while awake. 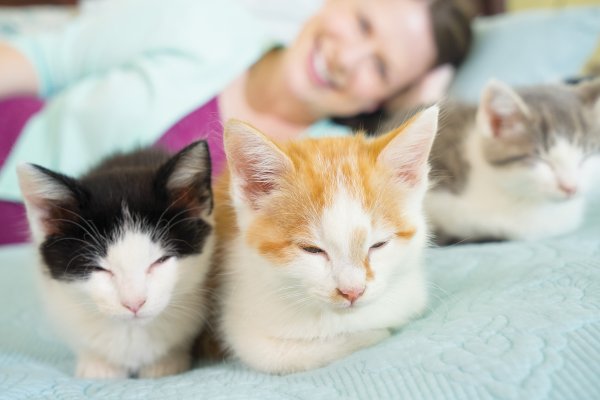 Most mammals have the same type of brain wave activity during sleep that people do. These sleep cycles include a "deep sleep" period, followed by REM (rapid eye movement) period. People dream during REM and non-REM sleep cycles, but we mostly remember the REM periods of dreams. Because dogs and cats (and even gorillas, elephants and rats) share these sleep cycles, scientists believe a dream state is experienced by pets. What they dream, though, is open to speculation.

WHAT DO PETS DREAM?

Matthew Wilson and Kenway Louie of MIT recorded the brain activity of rats while awake and running a maze. Their small brains showed similar activity during REM sleep, suggesting the creatures did, indeed, replay awake behaviors during dreams.

We actually know more about cats and dreaming than we do dogs. William Dement's 1958 discovery of REM sleep in cats, along with similar sleep studies by French physiologist Michael Jouvet, led to increased interest in sleep research. Jouvet found a brain area near a structure called the locus coeruleus that was necessary for muscle relaxation during REM sleep, and theorized this structure kept cats from "acting out" what they experienced during dreams. When Jouvet destroyed this tiny area, something amazing happened. Cats stayed quiet and motionless during deep sleep, but when REM began, they pounced to their feet, stalked, hissed and went through all the motions of mouse hunting, all while still asleep.

A later, similar study found the same thing happened in dogs when this inhibitory structure in the brain was removed or inactivated. Even though the brain wave recordings showed the dogs were still asleep, once they reached REM cycle of sleep dogs got up and began to move around. Researchers discovered that a dreaming pointer might search for birds or even go on point, a Beagle might bark and chase dream bunnies and a dreaming German Shepherd might growl at dream intruders.

Cats sleep even more, but don't spend hours at a time asleep, the way people do, but indulge in short periods of sleep alternated with activity. The kitty brain remains tuned in to scents and sounds during 70 percent of sleep. Newborn kittens spend nearly twenty hours a day asleep, but even adult cats will sleep up to 16 hours every day. Cats sleep so much they spend two-thirds of their life asleep. That means a six-year-old cat will have only spent about two years of his life awake. Elderly cats sleep more than robust adults, and all cats tend to sleep more during cold or rainy weather.

After the light sleep (catnap) phase of 15-20 minutes, feline sleep progresses to the next stage of deep sleep for about six or seven minutes. Adult cats alternate between light and deep sleep, but during the first month of life kittens fall directly into deep sleep and stay there.

Perhaps a better question isn't IF pets dream, but why dogs and cats (and people) dream at all. Researchers speculate dreams have a positive role in learning and memory. Sleep boosts memory formation, and may actually help the brain categorize the day's activities. Disrupted sleep can interfere with memory. REM sleep and dreams, on the other paw, may be a way for pet brains to have adventures without consequences--allowing a dog to chase (and catch!) the car, or a cat to face down the Doberman, all without the danger of injury. 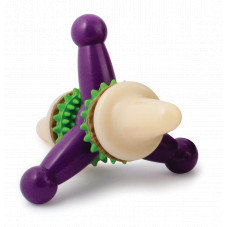 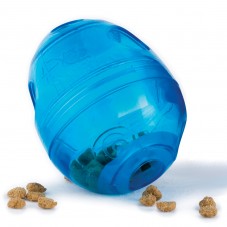