rscvm-ecws04
Blog > Does Your Community Take Care Of Its Animals

Does Your Community Take Care of Its Animals?

“The greatness of a nation and its moral progress can be judged by the way in which its animals are treated.” Mahatma Gandhi

Cruelty to animals is a crime. In fact, in many states, in its most egregious form cruelty is a felony. Hardly a week goes by that local and national news coverage includes a story of some heinous act of cruelty or serious neglect perpetrated against victims who cannot speak for themselves. Whether in puppy mills, organized dogfights or in the back yards of suburban neighborhoods, animals too often find themselves victims of unspeakable suffering.

Jim with Bodie and Sam 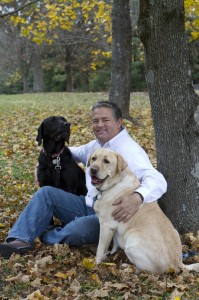 Animals rely upon humans to provide their voice. We have a moral and ethical responsibility to speak up when we bear witness to acts of neglect and cruelty. In most communities, law enforcement authorities or not-for-profit animal protection organizations are willing and able to investigate complaints of cruelty.

But, those agencies cannot be everywhere all the time. If you are concerned about the well-being of animals in any circumstances, find out who the investigating authorities are in your community and give them a call. Even if the case turns out to be unwarranted, you may never know unless you make the report.

Allowing suffering to continue unchecked is just plain wrong. You don’t want to wait until it’s too late! Not only is the suffering endured by animal victims of cruelty unacceptable in modern society, but it can also lead to violence toward people, as well. There is a very well-documented relationship between cruelty to animals and other forms of human violence.

In fact, many animal welfare organizations were originally formed for the prevention of cruelty to animals AND children! One of the earliest documented prosecutions of a perpetrator for child abuse used the cruelty to animals’ law to obtain a conviction. Studies have shown that cruelty to animals is often a precursor of violent behavior and should be taken seriously.

A common denominator amongst serial killers is a history of animal cruelty. Amazingly, even with this information at our disposal, many parents, law enforcement, and judicial officials still discount animal cruelty as harmless. The “boys will be boys” defense is still too often used.

How can you help? All acts of violence towards animal or human victims should be reported. Whether it’s a neighborhood bully kicking a dog or an organized dogfight in an alley or basement, remember that violence breeds violence. The next victim might just be you or your children!

Does your community's law enforcement officers and animal shelters do a good job of seeing that all pets are taken care of? If so, show them some love in the comment section below.

ABOUT JIM Jim Tedford serves as PetSafe’s Director of Animal Affairs and Alliances. Working on the front line of animal welfare for over 20 years, Jim has served as CEO for organizations in New York, Louisiana and Tennessee. Prior to joining PetSafe, Jim provided marketing and fundraising services to animal welfare organizations nationwide.

Jim holds a degree in animal science from the University of Tennessee at Knoxville. Jim and his wife Ann share their “empty nest” in the Smoky Mountains with adopted dogs Bodie, Sam, and Lila and a formerly homeless macaw, Gipper.