rscvm-ecws05
Blog > Does Your Pet Wear A Seat Belt

Does Your Pet Wear a Seat Belt? 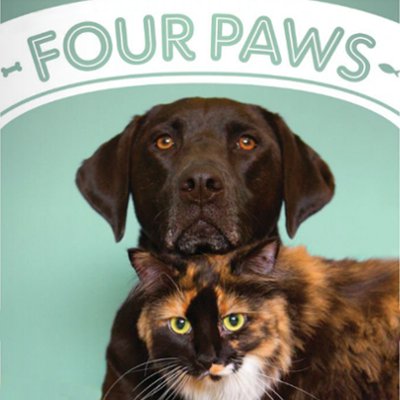 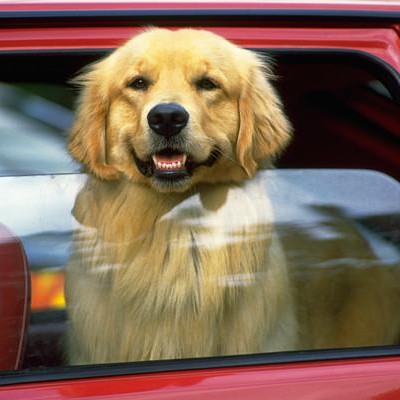 The use of seat belts has dramatically reduced the number of people injured or killed in car crashes. But what about the four-legged potential projectile riding in the back seat of your car, or worse, perched in the front seat like a person?

A 15-pound cat on your lap is as vulnerable as a baby riding unrestrained. It isn’t safe for your child or your 80-pound Labrador Retriever to ride with his head or limbs hanging out the window.

Do Most Pet Owners Buckle In Their Pets?

In a survey conducted by the American Automobile Association (AAA), only 17% of dog owners ever use animal restraints while driving with their pets in the car.

Think your pets don’t need a seat belt because they’re not hyper on car rides? 2 out of 5 pet owners think so. But in the event of a crash or sudden stop, a calm pet will be thrown with the same amount of force as an active pet. 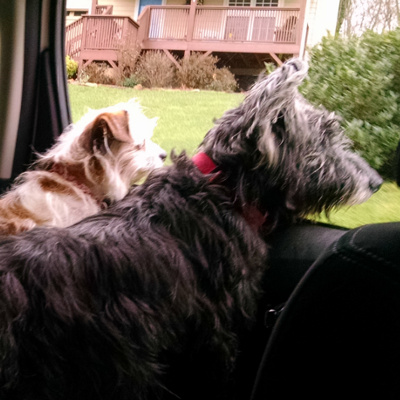 What If Your Pet Distracts You from the Road?

Who can resist looking at that sweet face in the rearview mirror? Nearly 60% of people who drive with their dogs in the car take their attention away from the road at some point.

19% have used their hands or arms to keep their dog from climbing into the front seat. 18% admit to allowing their dog to sit in their lap.

What Happens If Your Pet Is in the Car during a Car Crash?

Have you ever been driving with your dog in the car and had to stop the car short? Your dog loses his balance and falls or flies forward into the seat back. Have you ever thought, “What if I couldn’t stop in time?” 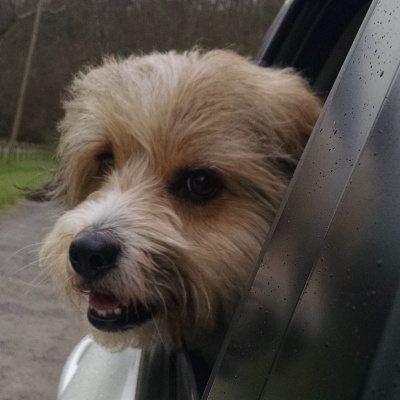 32% of AAA survey respondents have heard of situations where unrestrained dogs were injured or caused injury to other passengers in a car crash.

A survey of veterinarians found that over the course of one year, 71% had treated dogs that were injured from riding in a truck bed. Injuries sustained from falling or jumping from the truck bed tend to be severe and include fractures and abrasions.

What’s the Safest Way for Pets to Take a Car Ride?

The best car restraint for dogs is a harness and a seat belt. A properly secured crate is a close second, if the crate is tied down and the proper size for your dog. The best option for cats is a well-secured carrier.

Does your pet buckle up? Let us know how your pet rides in the car in the comments below.