By Rose Springer for The Dog Daily 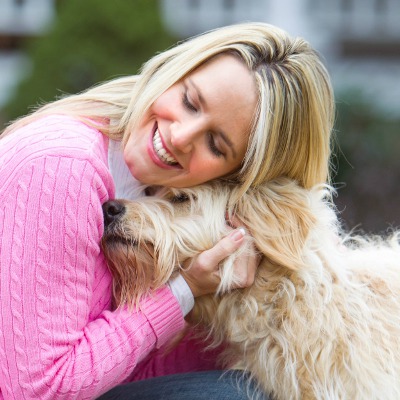 Aimee Quemuel, a writer based in Ventura, Calif., did not know a thing about canine cancer when her 11-year-old golden retriever, Cody, was diagnosed with hemangiosarcoma (a cancer originating in the lining of the blood vessels and the spleen) in 2006. Yet because of the decisions she was able to make, Cody lived 17 months longer than his doctors initially predicted.

To help other pet owners in similar situations, Quemuel has written The 42 Rules to Fight Dog Cancer and launched the companion website, FightDogCancer.com. Below, Quemuel shares the wisdom of a dog owner who has been there through the story of Cody’s amazing recovery, as well as those of other pet owners she has met in her travels.

After Cody collapsed on a San Francisco beach while playing, veterinarians at the emergency clinic told Quemuel her dog was too sick to be treated. He had tumors on his spleen, his liver and his heart. “I was encouraged to put him down on the spot,” says Quemuel. In the heat of the moment, she asked her veterinarian what would happen if she didn’t make a decision right then. “We brought a biscuit out and Cody begged for it. He still had life in him.” This, in turn, allowed Quemuel to move toward her next phase: research. 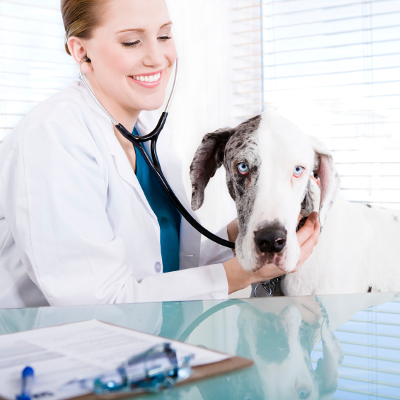 Cody’s veterinarians were reluctant to treat him. Undeterred, she found a young veterinarian who specialized in angiogenesis therapy, which restores health by controlling blood vessel growth. Cody was also put on a low dose of chemotherapy. Five months later, the tumors on his heart and liver were gone, and he became a candidate for surgery to remove his spleen -- the location of the one tumor that remained. Cody lived a full and healthy life for an entire year after going into remission thanks to the treatment Quemuel found for him.

When her 6-year-old male yellow Labrador retriever, Sana, was diagnosed with mast cell cancer, Rebecca Clark of Newport, R.I., struggled to pay for the treatment -- including three surgeries -- that eventually put him into remission. When her 11-year-old yellow Labrador, Kibo, was diagnosed with lymphoma two years later, she did not know where the money for treatment would come from. Clark’s research led her to the Magic Bullet Fund, a group that provides financial assistance to families who are unable to pay for their pet’s cancer care. Having been given four weeks to live, Kibo went on for more than a year after completing treatment. Quemuel also suggests fundraising in the community to pay medical costs. She says, “People love animals and are willing to help, but you have to seek out assistance.”

Help Your Dog Live Life to the Fullest

Your dog’s life does not have to stop with a cancer diagnosis. Lisa Alford of Asheville, N.C., figured this out after her 5-year-old Great Dane, Lucy, was diagnosed with two different types of cancer at once (thyroid and subcutaneous hemangiosarcoma). “I was heartbroken, but I decided early on that I was not going to let the diagnosis spoil my time with her,” says Alford. After Lucy’s successful treatment, Alford and Lucy became regular visitors to their local hospital’s pediatric ward, where Lucy worked as an official therapy dog. 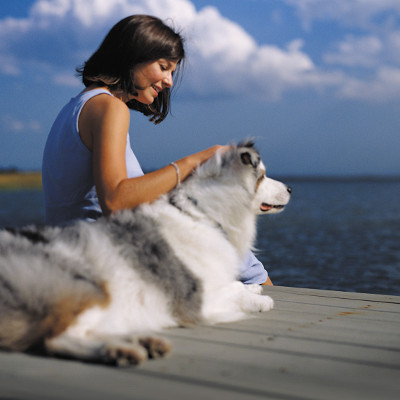 Know When to Let Go

When Cody was 12, he lost the ability to walk, so Quemuel made the difficult decision to put him down. When to do it is a personal decision, but 42 Rules to Fight Dog Cancer suggests that the decision to stop fighting cancer should be made when: 1. Treatment is not effective, and there are no other options with any promise of success 2. Your pet is suffering too much from treatment or the disease 3. Your family or your dog can no longer tolerate the fight Quemuel has seen firsthand that cancer prognoses are not written in stone, and has experienced the joy that extra months and years spent with a pet can bring.

Rose Springer is a New York City-based freelance writer and frequent contributor to The Dog Daily. She has been writing about pets for a decade.

< Previous Post
What Are Your Pets Doing at Home?
Chew on This: Doggie Destruction Woes
Next Post >

A Guide to Understanding Your Senior Pet 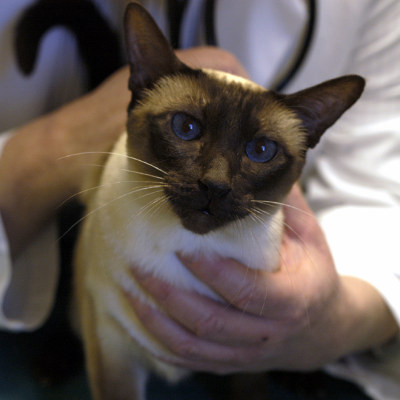 Cancer Prevention: What We Don’t Know Can Hurt Us

How to Keep Your Senior Pet in Tip Top Shape

Euthanasia: How to Make the Decision for Your Pet

How Can You Help Fight Canine Cancer?

The Fight Against Canine Cancer 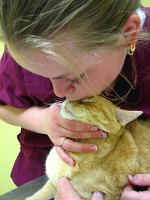