rscvm-ecws04
Blog > Get Fit With Your Pets

Get Fit With Your Pets

By Jim Tedford, Director of Animal Welfare Initiatives and Alliances

By this point in time you are probably fed up with hearing about New Year’s resolutions.  Me too! I decided not to resolve to do anything in 2014!  Once you pass the half-century mark you may as well accept the fact that resolutions are really easy to make and very difficult to keep. I suspect, though, that the most often made resolution is to get physically fit.  Everyone wants to lose weight and/or exercise more consistently.  And, in the aftermath of the holidays, it feels even more critical.  So we resolve to workout daily and eat nothing but lettuce...and, then we settle down for a long winter’s nap with a bag of corn chips and a six-pack of soda. 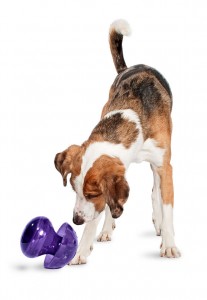 Plastic food dispensing toys are great for dogs who need more activity in their life!

So, instead of making a resolution on January 1 this year, I made a decision last Fall to give it my best shot.  The treadmill in our basement has actually been put to use for something other than a clothes rack or dust-collection device.  In fact, it’s used quite regularly along with its next-door-neighbor, the recumbent bike.  We’re not eating ONLY lettuce, but we’re eating much more lettuce than we used to, and are shying away from carbs whenever possible.

Like most everything else in life, getting ourselves into better shape (and staying there!) is much easier with a buddy!  We’re fortunate to have four workout buddies in the form of our canine best friends.  When Bodie, the black lab, came to us, he weighed in at a solid 97 pounds! He’s a big boy...but, not THAT big.  Within a few months he trimmed down to a svelte 85 lbs, and has managed to maintain that physique for nearly 3 years.  Sam, the yellow lab, on the other hand has struggled a bit more.  He has lost a little of his bulk, but he LOVES food, and he panics if his meals are even a few minutes behind schedule.  The good news is that they both really enjoy their walks.

So, if you’ve ever questioned the benefits of adding a dog to your life, here’s another: dogs are the most dependable workout buddies you could ever have.  They never make excuses for not working out.  It matters not whether the wind is howling, the snow flying or the season finale of The Voice is on television, they are ready to go.  And they’ll set a pace that is enviable by the average marathon runner, so there’s no slacking when you’re working out with a four-legged buddy! Exercise makes everybody feel better.  Dogs have an innate need to walk in a straight line and explore their universe.  Running around a fenced yard is fine, but going on a walk with their people is far more satisfying emotionally.  Burning off energy is as important for dogs as burning off calories is for us humans.

What’s that? You don’t own a treadmill?  Not a problem...get yourself a dog and head out onto the open road. Bond with your best friend and get healthy together.  Dogs are the best kind of exercise equipment.  My treadmill never licked my face or snuggled with me after a workout! 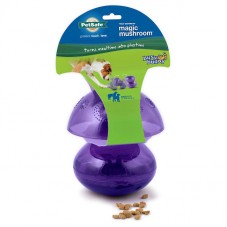 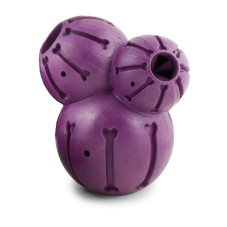