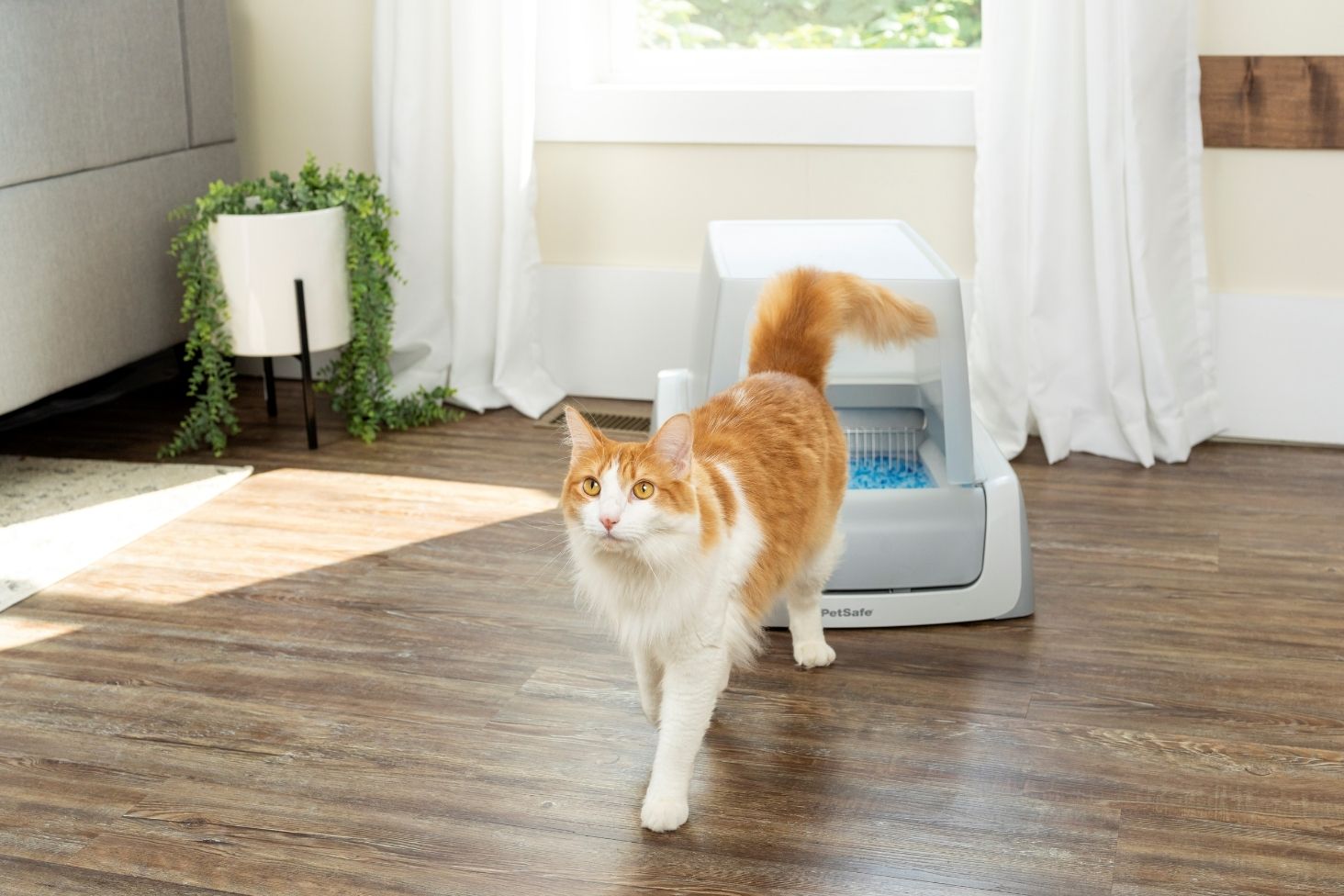 Life with a cat means life with a litter box. And life with a litter box can seem like an endless uphill battle to keep your home smelling fresh. Have you ever entered someone’s house and been hit with the unmistakable scent of cat urine? It’s one of the worst fears we have as cat parents – even if we’ve become “nose-blind” to the constant smell, our guests will not have built up such a tolerance to those feline aromas. If you’re like many cat lovers, you’ve lost some sleep wondering how to control litter box odor. Thankfully there are many steps you can take. Some are common-sense solutions, while others involve some rather nifty innovation! Take a deep breath (or not!), and let’s dive into the anti-stink toolbox.

No-brainer, right? The more frequently you scoop the litter box, the less time you have cat waste sitting out exposed to the air in your home. Scooping at least once a day can help you keep those wafting odor waves at a minimum. However, this can become tiresome, especially if you have a busy schedule or multiple cats. The good news is there are options beyond simply becoming a slave to the scoop.

There are many types of cat litter available, each with its own pros and cons. These include how frequently you need to change the litter in order to stay ahead of odor. Understanding how to manage each litter type not only helps you optimize litter box odor control with what you have, but you may learn there is a litter type that is better suited to your lifestyle and preferences. Make sure you read (and follow!) the instructions that accompany whatever litter you purchase to maximize any odor-control benefits it may offer.

Clay cat litter is the most commonly used type of litter around the world, and has been used for decades. It comes in two forms: non-clumping and clumping. With non-clumping litter, urine often seeps down into the litter and builds up in the bottom of the box, resulting in relentless odor. Because of this, it’s best to change non-clumping litter as often as you can, at least a few times a week. Clumping litter is meant to be scooped daily, but because scooping out the clumps removes most of the waste, you can afford to go a week or so between changes.

Pine cat litter usually comes in the form of pellets of compressed sawdust. Pine also comes in clumping and non-clumping forms. As with clay litter, you should scoop the clumping litter daily and change every one or two weeks. Non-clumping litter should be changed more often, or else you’ll be dealing with a box full of stinky, saturated sawdust. While pine litter absorbs odor reasonably well, and can have a pleasant scent of its own, cats often find the texture unappealing, so be sure to try any litter type out with your cat before investing in a fifty-pound bag!

Paper cat litter is usually made out of recycled newspaper and other paper products. It can be quite absorbent like pine litter, but unlike pine it does not have its own inherent pleasant scent to combat cat waste odors. Changing recommendations are the same as for pine litter, but be wary that wet paper litter can stick to litter box surfaces and be a pain to remove.

Pound for pound, crystal cat litter is the most absorbent litter there is, due to the microscopic structure of its porous silica crystals. Each crystal acts like a tiny sponge. Because of this, crystal litter has been shown to be up to five times more effective at odor control than traditional clay litter! Crystal litter can go several weeks without changing, and doesn’t require scooping. If you use a self-cleaning litter box, you can change crystal litter even less frequently, sometimes going up to a month between litter changes. (More about that later!)

3. Keep the Box Itself Clean

If you’re still wondering how to get rid of litter box odor, look to the box itself. Even if you faithfully change out the cat litter when you’re supposed to, the litter box can actually be a significant source of odor over time. Waste residue and litter debris can build up on the litter box surface, providing a home for icky bacteria and ickier odors to stick around. For most litter box types, you’ll want to give the litter box a quick scrub with warm water and mild soap or vinegar to be sure you’ve got a fresh, clean surface to work with. It’s best to wash plastic litter pans every time you change litter to have success in keeping the box itself relatively fresh and odor-free. Also, be sure the litter box is completely dry before you add fresh litter.

It’s worth thinking carefully about where you place the litter box. While it’s fairly obvious you don’t want the box on the kitchen counter or next to your pillow, there are actually some very popular litter box locations that you should avoid if you want to maximize odor control. Two of these popular, but misguided litter box locales are the laundry room and the (human) bathroom. These may seem like logical places to keep your cat’s litter box, offering privacy for your cat and keeping odor locked away from the rest of the home. However, the invisible problem with keeping a litter box in these places is the humidity. Because cat litter works by absorbing moisture, having excess moisture in the air means the life of your litter will be reduced, and you’ll have to change litter more often if you want to avoid the buildup of odor. Dry litter is far less odorous than wet litter. Thus, the best place to set your litter box is a dry, well-ventilated area where humidity is at a minimum. It may seem counterintuitive, but placing the litter box near a fan or air conditioning vent can actually help prevent litter box odor by drying out waste and soiled litter more quickly. It can also save you money in the long run by allowing you to go longer between litter changes!

Another litter box odor solution that may seem counterintuitive is to add another litter box, especially if you have multiple cats. Wouldn’t a second litter box mean double the odor, you ask? You might think so at first, but assuming you’re not introducing additional cats with the new litter box, the result of doubling your litter box count is to reduce the concentration of cat waste. Less urine and feces deposited in one spot means that waste can dry out more quickly and is less likely to become a pungent source of unpleasant odor.

There are numerous products you can add to your cat litter to help reduce odor. Many of these products use baking soda, a time-honored odor absorber, as the active ingredient. Others use activated charcoal (carbon), known for its odor- and toxin-absorbing properties. Some litter brands actually include these substances in their cat litter, but these tend to be rather expensive. Adding a thin layer of baking soda to the bottom of the litter box is a simple, inexpensive way to reduce litter box odor, especially when using non-clumping clay, pine or paper litter.

7. Invest in a Self-Cleaning Litter Box 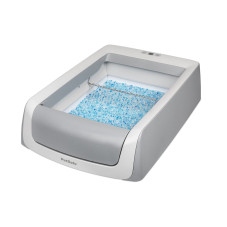 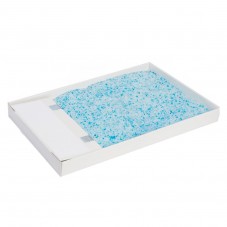 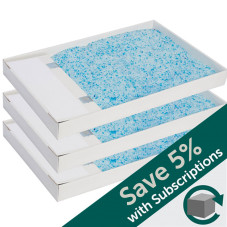 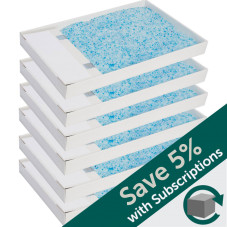