In Harm’s Way: The Story of Shadow the Injured Police Dog

In the dark hours of the morning, I received a text about an injured police dog. He was being rushed to the critical care center of the veterinary teaching hospital where I work. Details were few, but as I drove in I caught radio news reports on what had transpired the previous night. It felt a little strange, like we were hurtling through the void towards each other. 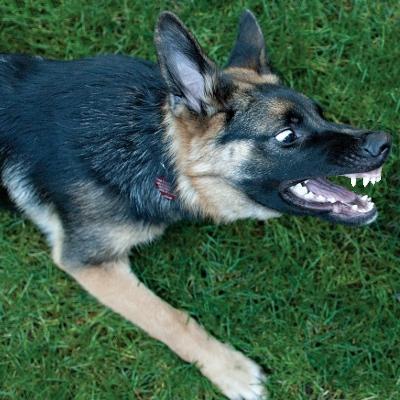 The police dog, Shadow, and his handler had been on an arrest warrant call. This was no routine warrant mission: along for the ride were agents of the U.S. Marshals and other law enforcement entities. They were looking for a very bad man indeed, and they had found the bad man at home.

As the police presence grew around the property and surrounded it, the man they were looking for hid in a closet and then shot both the handler and Shadow. The officer received two shots to the head; Shadow took a bullet to the face and the perpetrator was killed in the ensuing firefight. Soon after the gun battle, Shadow’s handler died of his injuries at a nearby hospital. Shadow came to me at the University to be assessed and patched up. 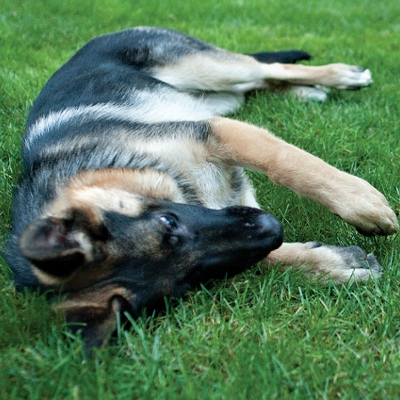 Shadow was accompanied by other police officers on the way to our hospital, and had been brought on the 2-hour journey in a squad car with a full police escort. When the call came in that Shadow was near, we prepped for the worst. Oxygen, gurney, bandages, blood - all were at hand in case he should arrive in bad shape. We breathed a collective sigh of relief when he walked into the hospital under his own power. He looked remarkably good for having taken a headshot and losing his partner.

Shadow looked around warily in the exam room, uncertain of the people in their white labcoats and scrubs. He’d been shot on the right side of his face, bleeding into the space below his jaw, causing a hematoma (a pocket of blood) to form. The structures that the bullet may have hit along its trajectory were anybody’s guess. The fact that he hadn’t met with the same fate as his partner was miracle enough for us, but the possibility of severe injury still loomed large. 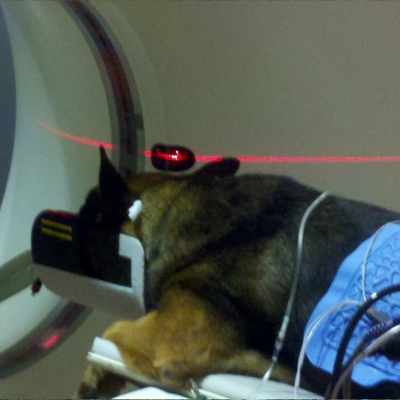 It was decided that a CT scan of his head and neck would give us the most information about what may have been damaged. The area under the jaw has important nerves and blood vessels running through it, and the possibility that his jaw would need surgery meant that a host of different specialists were required. Anesthesia, dentistry, orthopedics, radiology, and soft tissue surgery all had a dog in this fight.

We often use a muzzle for close-in work with animals who might bite. A muzzle was out for use with Shadow, as his injury was right in the spot that a muzzle would fit over his snout. We were in the precarious position of having to handle a dog trained to defend himself without any means to protect ourselves. With one of the officers helping, though, we were able to give an intramuscular injection of sedative, and Shadow was soon safely asleep. 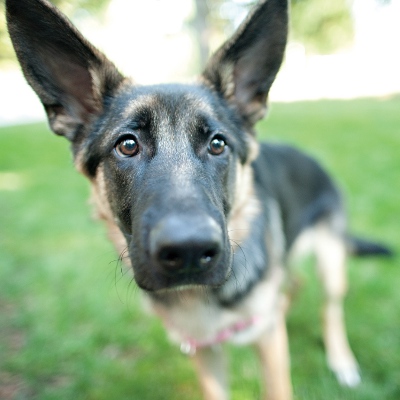 Once he was under, Shadow was hooked up to all the whirring, beeping machines that monitor life and keep consciousness at bay. Within about 10 minutes of being gurneyed into the CT room, we had lovely images of Shadow’s head, including the bullet’s path.

The news was better than we’d hoped. The bullet had entered the underside of his head, hit the bone at the angle of his jaw, and shattered in a nova of shrapnel. There were 2 bigger bullet fragments; the rest was just a constellation of bright little blips on the CT readout, like stars scattered across the evening sky. After confirming that they weren’t needed for evidence, we decided to leave the fragments in. His body would wall them off, and they were unlikely to cause future problems.

The veterinary specialists then amassed and pored over the images. A 3-D reconstruction was made of the images from the CT scanner. As I looked on from the control room, a ghostly image of Shadow’s head appeared on the monitor as he slept inside the gantry of the CT. I could only hope that he dreamt of this time getting his teeth into the bad guy.

The skull reconstruction allowed us to flip and position his head as we pleased, like Hamlet holding Yorick’s skull. We determined that the damage wasn’t in a structurally important area, and wouldn’t require surgery. A second wave of relief spread through everyone upon hearing this. It was much the same feeling as when a rocket takes off without incident.

While still asleep, we fitted Shadow with a muzzle. This would keep him from opening his mouth overmuch and moving the fragments, but would allow him enough room to lap up liquid food until his jaw healed. The irony wasn’t lost on us that one of our original concerns was how to muzzle him so he could be handled, and now that same muzzle was a component of his treatment plan.

During some follow-up lab tests to check his progress, we found that his hemoglobin count had dipped perilously low from blood loss. I ordered up two units of blood from our blood bank, and as he slowly woke up from anesthesia he was transfused. I put him on a drip of weapons-grade painkiller, fentanyl, the same drug used in epidurals during pregnancy, and antibiotics.

He ended up being a better patient than we initially gave him credit for, and the staff was able to safely care for him. True, he had a muzzle on and couldn’t really bite if he’d intended to, but all ever we got out of him was a low, throaty growl, as if to say “I’ve had the worst 24 hours imaginable, chum – are you completely certain you want to put that thermometer there?” 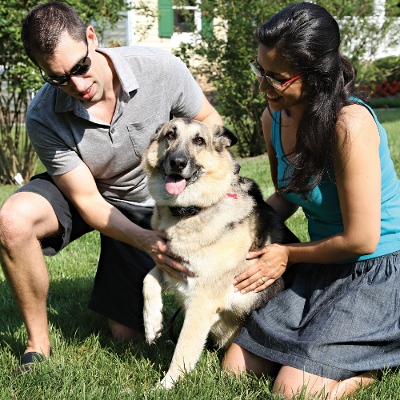 The following day was a hazy kaleidoscope of media interviews, caring for Shadow and phone calls. I learned that he’d most likely be retired from the police force and be able live out his days by the hearth of his partner’s family. Shadow walked around the hospital with swagger, enjoying his star status, blessedly insulated from the horrors that had brought us together.

He ate for us the following morning, and never once looked back. When Shadow was discharged, he was met with a parking lot full of squad cars, onlookers and news media. His story was on nightly news report, providing a positive counterpoint to the stories about his partner’s funeral and memorial service. Most of the reports opined that Shadow seemed to be searching for his fallen partner as he left the hospital and scanned the sea of blue uniforms waiting to take him home.

Shadow attended the police memorial the next day, partly because everyone working on him helped him through the dark night of his injury, but primarily because he’s a survivor and a fighter. If he could, he would’ve saluted his fallen friend, handler and partner as the procession carrying his remains rolled by under the scorching summer sun.