Most of my previous posts have focused on Jack, but let us not forget the little one! Lily is just starting her training journey. She recently graduated from AKC S.T.A.R. puppy class and passed with flying colors! S.T.A.R. stands for socialization, training, activity, responsibility and the class includes basic socialization and commands. Going in to the class, Lily already knew the commands we would learn in class including “Leave It” which is not taking a treat placed in front of them, sit, down, stay and more. The main reason I wanted to enroll her in this class is to work on her focus. 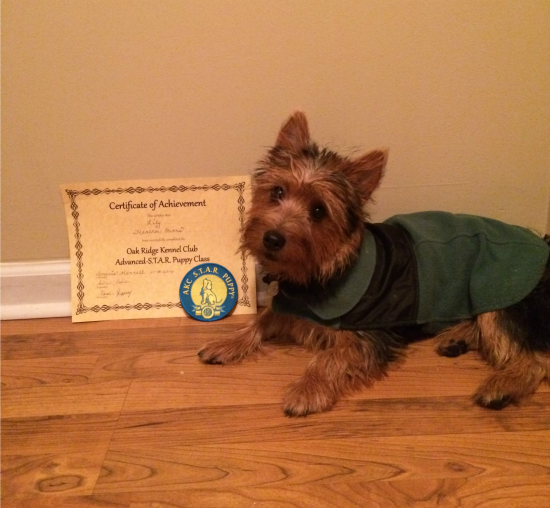 Like most young dogs, Lily has energy that is difficult to contain. They joke that Australian Terriers are part Kangaroo because they love to jump jump jump. And jump she does! She is a fearless dog who always wants to be part of the action. If I have her sitting in front of me and there is a dog in the room running around or playing with a toy, it can be challenging for her to ignore.

When she meets new people or dogs, she is so full of excitement that she wiggles and jumps and is known to give a good ear cleaning with her kisses. While it is great she is so socialized and friendly, manners are a work in progress! 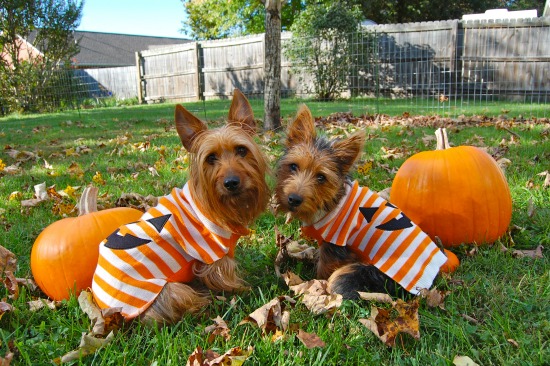 When I first started working with Lily, I had a great assistant… Jack! Lily is a smart little puppy who picks things up extremely quickly. When practicing stay with her, I put both her and Jack in a down stay next to each other and she would watch him to see what to do. With this, I could leave her in a stay across the room in a mere 30 minutes of practice.

Jack also knows “Wave” which I taught him as a trick after he learned “Paw/Shake.” I was working with Jack and asked him to “Wave.” Lily, sitting nearby, started waving too! She picked it up on her own from watching him. I was amazed. I am lucky in that Lily came in to our household at a young enough age to look up to Jack. When he barked, she would bark, when he went to the corner of the yard, she was right behind.

In addition to her training progression, I have enjoyed watching their bond grow. Jack used to be quite grumpy with Lily when she was get near him while he slept. Now they are happy to touch backs while they snooze on the couch. Lily is going to be an extremely fun dog to train. Our trainers encouraged us to skip beginner obedience and move on to a more advanced course so we will likely start Rally Novice in the new year!

What tips do you have for training a new puppy? 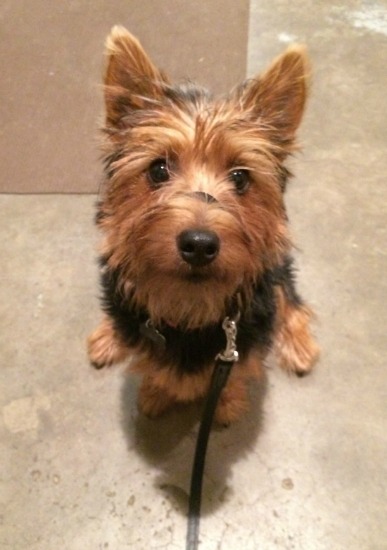