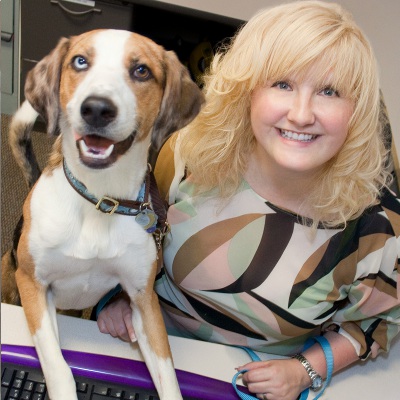 “Oh say can you see….me?” Hello? Helloooo! Ever have a dog that seems aloof, selective in their hearing, just not so into you? An independent type of dog who doesn’t follow you from room to room gazing at you with adoration? I have that dog. His name is Jinks and he is the only dog I’ve ever had that never piles up in my bed to snuggle. 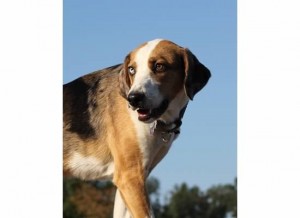 According to Dictionary.com, independent is defined as not influenced or controlled by others in matters of opinion, conduct, etc. What does it mean when we say a dog is independent? Every pet is dependent on us for food, water, and care so they aren’t truly independent. I don’t like to label pets, as that can lead to interactions with them being based on the label instead of the behavior.

When I adopted Jinks I thought maybe we just hadn’t bonded yet. To say he was aloof was an understatement. As a trainer I was puzzled, as a dog lover I was heartbroken. How could this fabulous hound not think I was the best thing since sliced bread? I rescued him, I love him, I work for a company that makes dog toys, what more could he desire? He would play or train with me if I initiated it, but never searched me out for interaction. He was smart and learned quickly when he wanted to train, which was rare. 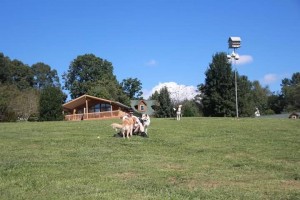 So I started observing Jinks to understand what behaviors pushed me to label him Mr. Independent and rethink how I felt about these behaviors. He was not an attention seeker like I was used to having. He enjoyed being head down, sniffing EVERYTHING! He took time to consider situations before reacting. He didn’t automatically look to me for direction. He preferred to control his interactions with others. What manner of dog was this? A happy, confident, independent dog! That’s when I realized what I had. I just needed to figure out what motivated him.

When I am training dogs, I tend to keep my training sessions short and very focused. The dogs have fun but I don’t let them get overly excited. Jinks seemed to thrive on fast paced fun, lots of crazy running around and general silliness. So I switched up my game. I had to remind myself that the rewards have to be rewarding to the dog.

Soon he was approaching me excited and then offering a down to “ask” for some training time! He loved to sniff out a trail on walks, so a block of loose leash walking earned him free time to sniff every blade of grass for the next 30 feet! Jinks loves shaping games, he gets to make choices that can earn him rewards and having that little bit of control works for dogs.

I love having a dog with an independent nature. I had to work a little harder to figure him out but I love that he is a confident boy. He excels at having some alone time and rarely shows anxiety about anything. He even snuggles on the bed for a few minutes each night then heads for his crate which means I don’t have to worry about him stealing the blanket! These are the perks of a more independent dog. My tips for working with independent dogs:

While some breeds, like hounds and huskies, tend toward an independent nature, any dog may have this personality. It doesn’t mean they are stubborn or less trainable. They just need us to be patient and figure out what motivates them. Your independent pup make never be your constant snuggle bunny. Just appreciate him for what he is! You don’t have to be their everything, to be their best friend.