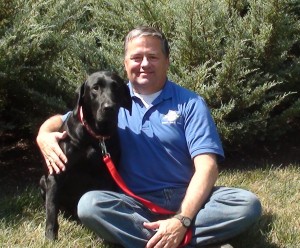 There is a down-side to dog ownership.  I know, I know. These are almost fighting words coming from someone who works for a pet products company and who has spent his whole life as a dog fanatic, right?  But, it’s true.  I know what you’re thinking, “Dogs give us unconditional love. They are our friends through thick and thin.  They protect our homes. They help raise our children!  What down-side could their possibly be in our relationship with man’s (and woman’s) best friend?”

My answer?  They just don’t live long enough! Even the most pampered pooches rarely make it beyond their mid-teens.  And, when it’s merely the wear and tear of time that ultimately takes them, the pain of loss can still be nearly impossible to bear.  When they are taken too soon by some dread disease or tragic accident, the pain seems even more cruel and intense.

Most dog owners may not be aware of the high incidence of the “C” word in their canine companions.  Yet cancer does strike far too frequently. According to the Morris Animal Foundation, a leader in canine cancer research, cancer strikes nearly half of all dogs at some point in their lifetimes, and one in four dogs will die of the disease.  The statistics are staggering.   But, what can be even more staggering is the toll of the disease on our canine companions and the people who love them.  In my case, his name was Otis. 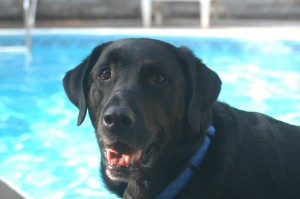 Otis was two-years old when we adopted him from Lollypop Farm, the Humane Society of Greater Rochester (NY).  I was the President/CEO of the organization, and when my wife met Otis, it was love at first sight.

We already had several dogs, but there was no arguing with that true love.  Otis came into our home and quickly into our hearts.  He was a goofy, young black Labrador retriever with a zest for life.  He played in snow like a curious puppy seeing it for the first time, and this became a habit that continued right through his last winter.

For many years, I worked from a home-based office and Otis was MY dog during the day.  But as soon as his Mom arrived home in the evening, he forgot I even existed.  The two of them were as bonded as any two creatures I have ever seen.

At the age of 12, Otis was still going strong.  He loved long hikes in the woods on our mountain property.  His favorite game was “sledding” downhill on his back on the dried leaves!  One evening after a busy afternoon of playing, we noticed that one side of Otis’s face seemed a bit sunken-in.  At first I wrote it off as a sign of his advancing age, but it continued to get worse.  When his eye started to recess into the socket ever-so-slightly, I knew we had a problem.

A thorough exam by his veterinarian brought the worst possible news.  Otis had an inoperable brain tumor.  There was not any proven treatment option.  We were advised to enjoy the time we had left with our best friend.  All of our research led us to the conclusion that we were looking at less than a year. Otis made it nearly two more years. He stayed mobile and happy till the bitter end.  One blustery day last March, we took him on his final ride.  It was a struggle getting him into the car and I needed help getting him out and into the veterinary clinic.

The end was peaceful for Otis, but 8 months later I still struggle even typing his story. It is nearly impossible to sum up a life in a single blog entry, so I won’t give it much of a try.  Suffice it to say, Otis was the best dog ever to wear a collar.  His ashes are buried in our little hillside pet cemetery next to several other beloved pets.  But the important part of Otis is buried someplace much deeper –in our hearts.  He will always be our “Best Boy”.