Saying, “Goodbye,” is never easy, especially to a pet that has been a part of your family. That’s why even a year after making the tough decision to euthanize my cat due to a deadly disease, the wound is still sore. Coupled with the death of another close family member, my cat’s death has left me emotionally spent. 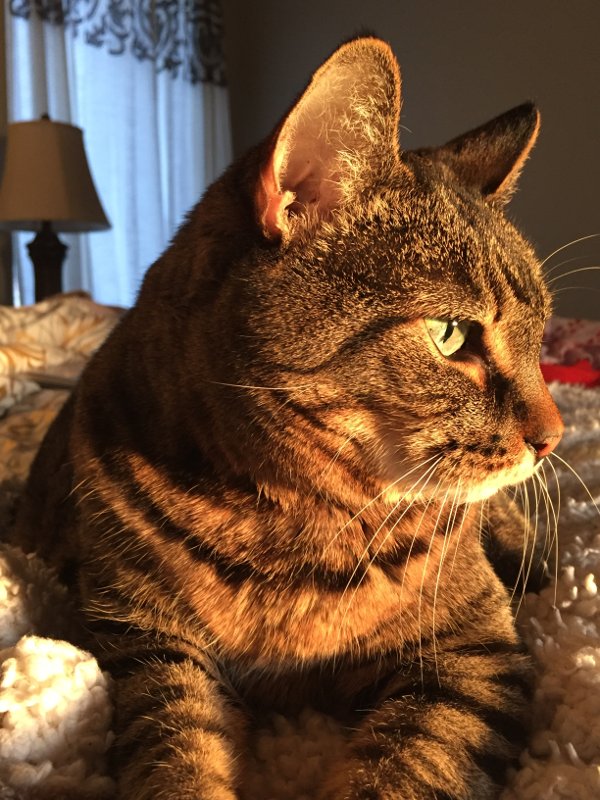 I was introduced to a chubby Bengal named Emma a decade ago when I started dating the woman who became my wife. At about 18 pounds, Emma was a giant ball of love and fluff. She had the perfect personality, and I doubt I will find another cat that fits me so well (though, other than 4 a.m. playtime, my new cat is on a good path). Emma would often sidle up to me, plop down, bend her head over backwards with her chin up and stare at me with her green eyes. That was my signal that she wanted attention.

After eight years together, my wife received a job offer in Idaho. We decided to make the move from California. I had the unenviable task of driving with Emma, who hated cars, for 12 hours. We gave Emma kitty Xanax to help with car sickness and calm her. It did nothing for her anxiety. Every 30 seconds, she would give off a distressed meow. I was listening to podcasts to pass the time, and I could swear the hosts turned into cats. Emma eventually fell asleep for about 20 minutes until my car speakers announced my wife was calling from the moving truck. Cue more meowing. Despite the distress, the trip did prove to be a great bonding experience for Emma and me.

The move took another toll on Emma. In Idaho, we had lived with my mother-in-law, who had a cat named Mia. The two had a sibling rivalry since Mia was brought home. Now, being the sole cat in the house after years of having a playmate, Emma showed some signs of loss similar to what a pet shows after a family member's death. As I had not yet found a job, Emma had me to comfort her. She sat with me through nine agonizing months of unemployment. She didn’t want to play as often and wasn’t as social with me for the first few months after the move, but Emma was my constant companion as I sat on the couch, filling in job applications. 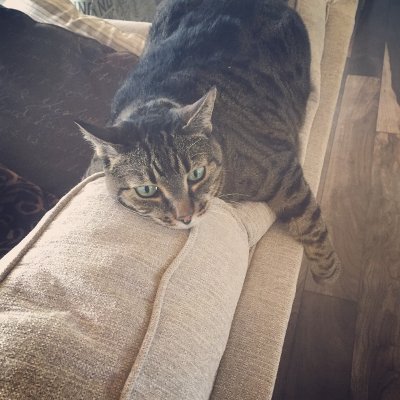 In 2016, we noticed that Emma had developed a constant cough. It sounded like she was coughing up a hairball but nothing happened. Later that year, she was diagnosed with feline bronchitis, essentially kitty asthma.

After treating her for a month, we decided to seek a second opinion from a specialist. He discovered a tumor was quickly cutting off her windpipe, causing her to cough. It was growing, but at least had not hampered her ability to eat - and Emma loved to eat. Because of the tumor’s placement, and Emma being 13 years old, the specialist told me she wouldn’t make it through surgery. She had six months at best, if we opted for an expensive surgery to place a metal shunt in her windpipe. But x-rays showed other tumors in her body. The tumor was likely cancerous, the specialist said, and had already spread to other parts of her body. Even if we did go for the surgery, the cancer might take her sooner. 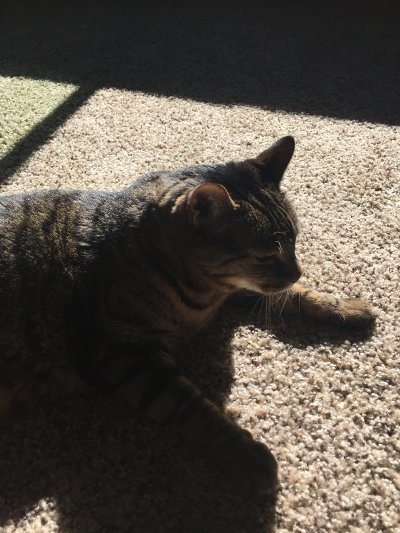 My wife and I took a few weeks, but we ended on the hard decision of euthanization. It’s hard, even now, to write about it. Emma was always excited to see me when I arrived home, ready to snuggle up to me and purr. I doubt I’ll ever find another cat quite like her. Her sudden decline, from healthy to dying, was a shot in the gut.

Of course, I wish I had more time with Emma. Now, I’m cherishing the time I have with my new cat, Effie Trinket, while still remembering and celebrating Emma through the magic of photos I posted to social media. My wife and I are landscaping the backyard this summer, and we plan to plant a tree and sprinkle Emma’s ashes at the base. She may not be with us anymore, but she’ll always be in our hearts.