Seizures and Epilepsy: What Are They & How Are They Treated?

In 18 years of veterinary ER work, I've dealt with a lot of scared people. But some of the most frightened pet owners that I can remember are those who just witnessed their dog (or, rarely, cat) have their first seizure. Seizures can be terrifying, and there are some scary conditions that cause them, but there's hope for many pets. The aim of this piece is to replace some of the fear with knowledge to help you decide what's best for you and your pet if you are faced with a seizure. Cats have seizures very infrequently, so most of the information below applies to dogs only.

What Is a Seizure

A seizure is a brief, usually less than 5 minutes, episode of loss of consciousness and uncoordinated muscle activity. A seizure is an event, not a disease. A seizure is like an electrical storm in the brain; chaotic, unregulated nerve activity. Pets having can show any of the following symptoms:

Seizures can be caused my many things, including:

Epilepsy is any disease that causes repeated seizures. In most cases, epilepsy has no cause and is more properly termed idiopathic epilepsy, meaning no definable medical cause has been identified. Genetics and differences in neuron wiring are through to play a role. Secondary epilepsy is due to infections, tumors, trauma, liver diseases, congenital issues, and a few other causes.

Medically, we group patients into 3 categories based on the age when the first seizure appeared.

What to Do If Your Pet Has a Seizure

The first and most important thing to do is to protect yourself. Pets having a seizure may inadvertently chomp their jaws and bite you if your hand strays too close to their mouth. It is impossible to swallow your tongue, so pulling it out is absolutely not needed and is dangerous to you and your pet. 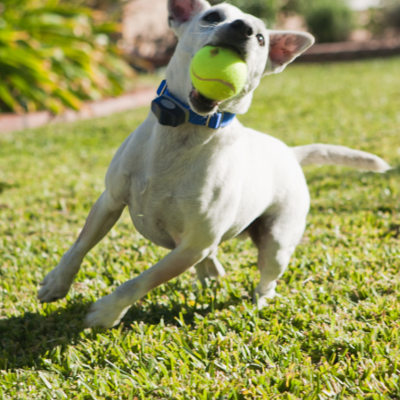 Many options for treatment exists now that were not available only a few years ago. The number of medications used to treat seizures seems to expand weekly. Drugs fall into 1 of 2 categories: those used to stop a seizure that is happening right now and those used to prevent the next seizure. For seizures happening right now, the mainstay drug for years has been a drug called diazepam, commonly called Valium. Valium can't be used for long term control because it can be addictive and the effects wear off rapidly.

For long-term seizure control, the drug of choice for years has been phenobarbital. It's usually given twice daily, and blood levels are usually monitored twice a year. While many pets do well on phenobarbital for many years, a few have serious side effects. Almost all dogs put on phenobarbital will be sleepy, lazy, and extra hungry for a few weeks after starting the medication as their body adjusts. These effects usually pass, but for an unfortunate few, there can be problems with the liver or bone marrow that make it not the right drug for them.

Newer drugs like sodium bromide, zonisamide and levetiracetam, while hard to pronounce, may suit some dogs and owners better, although the price tag for these newer drugs can he hefty. About all dogs having seizures will be well controlled on medication. For more difficult cases, special therapies like acupuncture and dietary modification may help.

For pets who have a defined medical problem causing seizures such as a brain tumor or liver shunt, treatments are available, but in many cases they go beyond what pet owners are willing or able to do, both financially and in terms of time investment. Brain surgery for dogs is a real thing, but it requires the skills of a neurosurgeon and a massive commitment from all involved.

If you have a pet who has a seizure, talking to your veterinarian is the first step in finding the cause and developing a treatment plan that is right for you and your pet.