rscvm-ecws04
Blog > Should I Get My Pet Spayed Or Neutered

Should I Get My Pet Spayed or Neutered?

Should I Get My Pet Spayed or Neutered?

It used to be very simple: there was absolutely no downside to having your pet spayed or neutered. Things have gotten a little more complex lately, so I'll help you navigate the sometimes murky waters of this conundrum in this article. One thing is still crystal clear, though: for the vast majority of pets and pet owners, having your pet spayed or neutered at some point in his life prevents far more problems than it causes. 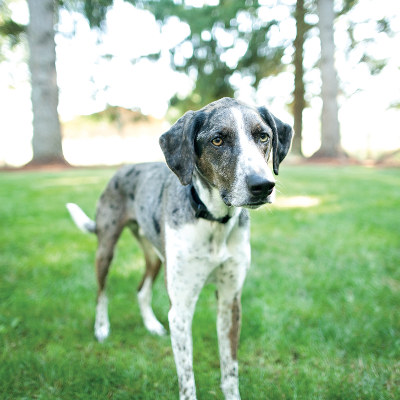 Neutering a pet is catch-all term that means surgically or chemically making them unable to reproduce, regardless of gender, male or female. Somehow, this term has come to refer specifically to males and the surgical act of castration, or removal of the testicles. If you were to ask 100 people on the street what a 'neuter' is, 99 of them would say 'surgically removing a male dog or cat's testicles' and they'd be right, but the one guy who works for a dictionary company would say 'sterilization of any animal regardless of sex' and they'd be right, too. For the rest of this article, I'll apply the word 'neuter' to both males and females

Spaying a dog or cat only refers to females, and this term has undergone a bit of a change in recent years as well. 20 years ago everyone agreed that a 'spay' meant removal of the ovaries and the uterus, usually done through an abdominal surgery. Nowadays there's a movement afoot to just remove the ovaries and leave the uterus, or womb, in place, which means a shorter recovery time, a smaller incision, and less risk and cost. In some cases it's even done through a tiny incision smaller than a postage stamp with high-tech devices called laparoscopes that are tiny medical fiber-optic cameras. It hasn't completely taken hold, but the writing is on the wall that the spay of the future may mean dogs and cats get to keep their womb and get back on their feet sooner.

The obvious upside of neutering your pet is that they will no longer be able to have a litter of puppies of kittens. Pet overpopulation is a very real and pressing problem, so fewer puppies and kittens born means fewer unwanted pets in shelters and fewer stray and unwanted pets being euthanized. That part's pretty easy to get your head around. For responsible pet breeders and aficionados of certain dog and cat breeds, breeding pets is done out of a love of the breed and profit is only a secondary motive. I won't include them in this discussion.

Other benefits of neutering are less obvious but no less important. If you don't have testes, a uterus, or ovaries, you obviously can't get cancer in those organs. The very fact that you've never heard of a pet getting ovarian or uterine cancer while you may have many friends of family members who have been affected by these unfortunate conditions speaks to the efficacy of the neuter in preventing them. In 20 years of clinical practice, I have yet to see a pet with ovarian or uterine cancer. Testicular cancer happens but it's a fairly rare phenomenon. Many more people get their female dogs and cats neutered than their males for various reasons.

Infections of the prostate or uterus are also common in pets who have not been neutered. Older male and female dogs are often afflicted with these conditions and can become very ill very fast. Both conditions require intensive care and often need surgery on an emergency basis. Your average neuter surgery on a young, healthy dog or cat usually costs around $50 to $300 depending on age, size and species while surgical and medical treatment for an infected prostate or uterus can run into the thousands.

Another condition that's often prevented through neutering is breast cancer in female dogs. For some perspective, in humans breast cancer accounts for about 10% of all deaths in women between 20 and 59 according to the World Health Organization.

Data for dogs and cats are harder to come by, since there is no World Doggy Health Organization database to be accessed as easily as WHO data for people, but estimates are that 1 in 4 dogs that are not spayed and experience more than 1 heat cycle will develop mammary tumors.

Happily, for dogs or cats that are spayed before they're sexually mature, mammary cancer is virtually unheard of. The usual timeframe for a spay is before 6 months of age, and sexual maturity is usually around 9 months.

Another benefit of neutering a dog or cat is the decrease of hormonally-driven behaviors like fighting, spraying/territory marking, and roaming. In general, neutered pets are more docile, roam less, and get along better with others.

So, what's the downside? Is there one? Why would anyone not want to have their pet sterilized and avoid unwanted litters, bad behavior, infection, and cancer?

It comes down to the skeleton in most cases, specifically joint/ligament injuries and bone cancers. There's emerging data that neutering pets at a young age may make some kinds of cancers more likely. It's not perfect, but the data's impossible to ignore. Bone cancer in particular seems to be less common in unneutered or intact pets. Bone cancer is bad - it's one of the worst cancers out there. Pets with bone cancer often die from the disease a few weeks or months after diagnosis and therapy can be complex, painful, and expensive. One thing to keep in mind is that bone cancer, for all its badness, it relatively rare. It's almost unheard of in cats and is most commonly seen in large breeds like D=Great Danes amd Mastiffs. Bone cancer alone is not a good reason to avoid having your dog or cat spayed.

Ligament injuries, like the dreaded cruciate ligament rupture, a knee injury that is similar to the career-ending injury that many footballers have sustained, seem also to be less common in intact male dogs. Perhaps something about the increased muscle bulk that intact pets attain preserves the ligaments and makes them less prone to injury. No one knows at this point, and the data is frustratingly incomplete. We have trends and hints, but no one has come out with a convincing study that puts the issue to rest.

To Neuter or Not to Neuter?

In my general and non-scientific assessment, I do feel that intact male dogs have a general sense of sturdiness and good health about them. I can't say that I have seen any obvious difference in females. They just seem to have an overall increased level of vigor and fewer chronic health conditions, and are leaner and in better condition. Before you take this as a recommendation against neutering a male dog, you have to balance it with the increased level of inter-dog aggression and roaming that comes along with being intact, and all the potential health risks that accompany that. They may look great, but only for a shorter time. When a dog fight happens or that one last trip through the fence to get at that female in heat becomes a tangle with an automobile, their time on this earth may be greatly shortened. They may look better, and have a bit of swagger as they stroll into the clinic, but as a population they're sometimes asking for trouble.

So what are we to do? On the one hand, there are uterine infections, dog fights, litters of unwanted puppies, and mammary cancer, while on the other we have possibly bone and ligament issues and a rare but awful cancer. The key here is to avoid a blanket statement like 'all dogs and cats should be neutered at 4-6 months of age'. The decision on if and when to neuter a dog or cat needs to be tailored to the breed and size of pet, and the tolerance of the pet owners to accept risk. Nothing is clear-cut and our knowledge of the risks and benefits of neutering is incomplete and evolving. What worked as a recommendation 20 years ago is no longer relevant, and what we decide today will probably not hold true in 20 years.

In the interest of simplicity, I can offer up these recommendations: Discuss neutering with your veterinarian and ask questions until you're satisfied. For cats, fewer of these issues are germane: most cats can still be neutered at 4-6 months without fear of long-term complications. For large-breed dogs, neutering after they become skeletally and sexually mature may have some benefit. Waiting until they're a year-old have undergone one heat cycle might be a reasonable option. Most small-breed dogs can still be neutered at around 6 months of age and avoid many of the issues outlined above.

As our understanding of all of the factors involved improves, so will our ability to make recommendations that hit that sweet spot between risk and benefit. Until we have all the data we can only take what we know, realize that it's imperfect, and hope that we make the best recommendation that we can based upon the knowledge that we currently have.