Dean and his three well-behaved dogs Annikka, J’Maul and Isabella 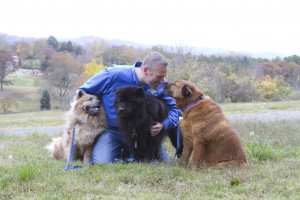 Alright, I confess my dogs are terrible beggers.  Depending on the amount and type of food being solicited, begging is really a harmless behavior.  It is annoying at times and guests aren’t always willing to overlook this behavior.  They either over feed your dog or get annoyed at the string of drool pooling at their feet.

To be clear, begging does not exist in nature.  It is strictly a learned behavior. Just like a child, they learn that acting a certain way, or acting OUT in a certain way, gets results. For me, it was my dog sitter who taught J’Maul and Annikka this annoying behavior.  I am solely to blame for Isabella’s begging.

Sure, it starts out cute and innocent.  You slip your dog a piece of food from the table or worse, you let him be the pre-rinse your plates after dinner. Most dogs are fast learners. In just a few dropped scraps, they are waiting by the table, tail wagging and mouth slobbering. The best way to avoid begging is to simply not teach it in the first place.  Establish a dinner routine for you and your dog, and stick to it.

The most effective way to achieve this is to simply crate him while you and your family eat your meal. It isn’t cruel, and they learn to expect the time in the crate.  Toss him a Busy Buddy to keep him distracted. Have no fear. If your dog already begs, you can correct the behavior.

Yet, like all training, it will require consistence and persistence.  If you, or any other family member or guest, cave into to those sad puppy dog eyes or persistent whining - even if it is just once - you are rewarding him for that behavior. Here are a couple ideas that worked for my dogs:

Dogs can be stubborn.  If you are really interested in stopping this behavior, you will need to be more stubborn. Take your time and stay consistent and even tempered. Do you or your dog win the begging war at dinner time? What training strategy are you going to try first? Let us know in the comment section below if you have any other tips!

ABOUT DEAN Previously, Dean has volunteered for two weeks with The Humane Society of The United States and worked on the rescue efforts in the aftermath of Hurricanes Katrina and Rita. With military training as a survival and decontamination instructor, animal shelter background, and large animal handling experience, his skills were utilized in the disaster region. After Katrina, he was hired as the Ohio State Director for The HSUS. In that role, he not only worked with legislators on policy change, but he continued his hands on approach to assist with animal abuse/ neglect cases, rescue during natural and man- made disasters.  He has also worked with law enforcement on several animal fighting raids and advocated for animal welfare reform.

Most recently, he worked with Sumter-Disaster Animal Response Team assisting with oiled bird recovery and release. Dean has conducted trainings, written articles and given speeches on animal welfare, rescue and advocacy issues throughout the United States for diverse audiences and media outlets, including: Discovery Channel, CNN, Animal Care Expo, IACP and NACA.  His position with Radio Systems Corporation has allowed him to remain involved in national and international animal welfare issues. Dean is a graduate from The Ohio State University with a degree in History and Political Science. He lives in Knoxville with his 3 rescue dogs, Annikka, J’Maul and Isabella.

Why is Your Dog Barking?

How to Train Your Dog to Use A Pet Fence 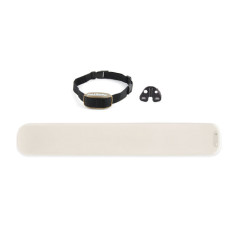 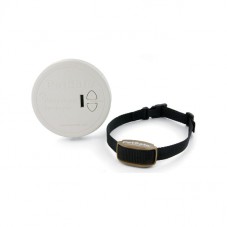 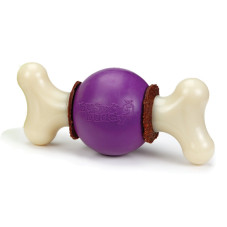