The Bean and The Bear: Cousins 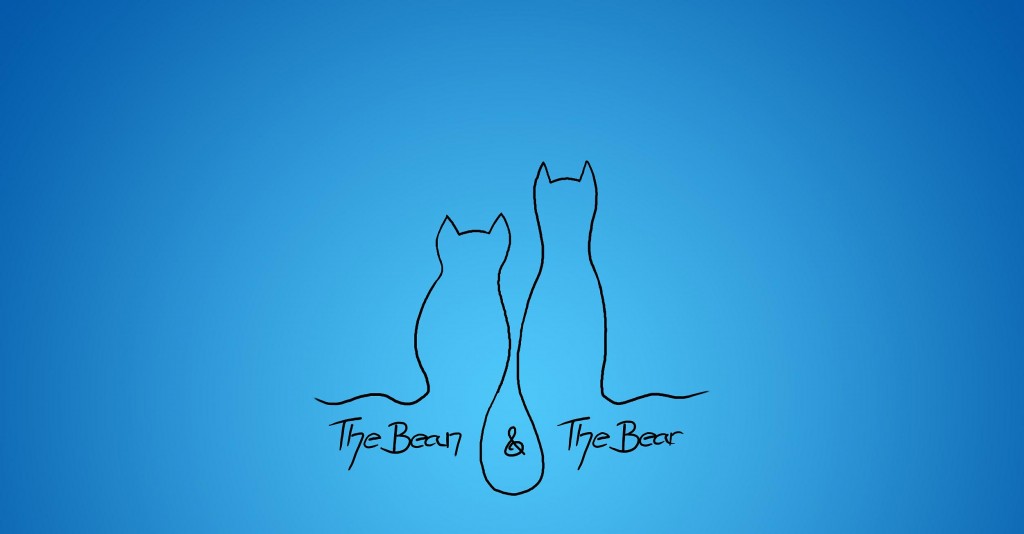 Recently, my wife and I had some work done on our new home. During this time we stayed with her parents, and each day, I would check on the progress, as well as the Bean and the Bear. At night, my wife and I would play with her parents’ cats – aka the “kitty cousins” – and remember what it was like when all 4 cats lived under one roof.

Once we arrived in Tennessee, we were fortunate enough to stay with my wife’s folks while we shopped for a new home. This took us a little longer than we’d anticipated. But, at least we had our own room and plenty of personal space in the finished basement. It was unfortunate, however, that our cats and her parents’ cats did not get along, at all.

Sophie and Bella, like the Bean and the Bear, are rescues. They have very strong personalities and can be quite cute when provoked. They are, however, very territorial, and were not at all pleased when their “cousins” dropped in unannounced. At first, we tried to get them acquainted, hoping they would get along well enough to share a common space.

We tried a kitty-carrier circle, placing all cats face in to acquire the new smells. Slowly, low growls came from all involved parties. So, we waited about an hour and tried again. The growling would rise and fall, but never stop. If we approached the carriers, a few hisses were emitted. This was not working. 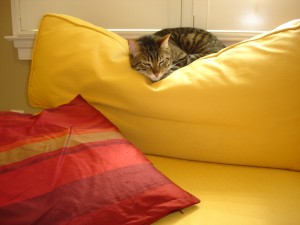 My in-laws’ basement is quite large. It has a living room with a fireplace, office, kitchen, wine cellar, closet, bathroom, and bedroom. The next day was spent converting these quarters into a place where my wife and I could live, along with accommodating the needs of four cats.

Oh, joy! This meant running the basement like a minimum security prison…and we were the wardens. The Bean and the Bear would use the bathroom as their cell bedroom, and the wine cellar would function as Sophie’s and Bella’s place of refuge.

Each pair of cats would get their turn in the “yard” (the living room) for a few hours at a time. This meant we would have to wrangle the respective pair of cats into their room before allowing the other pair out. Of course, whichever cats were out, they would growl and hiss at the cats in lock-up.

They would even try to claw their way under the door. We ended up purchasing additional static mats to discourage this destructive habit. Eventually, we had to use two mats per door to create enough of a buffer.

For close to a year, we would take turns swapping out cats, giving each pair their allotted time to play before getting quarantined. As we wake up on the last morning of our stay, we realize we have slept much later than normal.

Without the Bean and the Bear playing their nocturnal games of tag, and the Bean’s getting lost and crying, we have actually been sleeping through the night. And people say cats are so much easier than dogs... 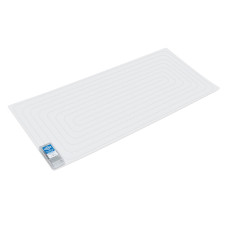 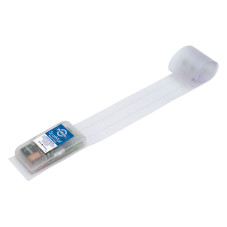