rscvm-ecws03
Blog > Theres No Shame In Talking To Your Dog

The World According to Cooper: There’s No Shame in Talking to Your Dog 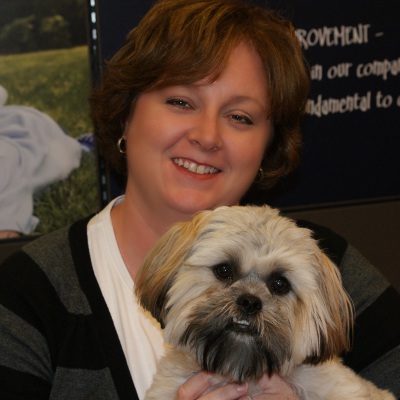 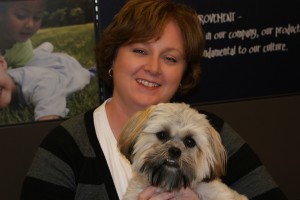 PetSafe is a safe haven for pet lovers.  Most of the time we greet dogs before we greet their people and everyone seems to be more than okay with that.  For years I have been one of those dog owners that can remember my neighbors dog's name, but rarely their name. And even more rarely the names of my neighbor’s human children. There are many reasons that dogs are called “man’s best friend.”

They make us laugh, love us unconditionally, are our most trusted confidants, and genuinely help us to be happier people, at least when we are with them.

I am a much happier person since my best friend and furry child named Cooper goes to work with me everyday.  He keeps me calm; when I feel stressed Cooper gets the best back rubs or impromptu games of fetch and sometimes we go for a short walk and I get the chance talk out my ideas with a neutral yet supportive party.  There is nothing bad about that.

I have always humanized my dogs; I have very little regard for what the so-called “experts” have to say about that type of behavior.  I have always talked about them and to them as if they were human. This has led many co-workers over the years to make the assumption that I had small children, which in my mind I do.

When these co-workers found out that the “boys” I was constantly telling stories about were actually dogs, well let’s just say that the adjective “crazy” was thrown about with great abandon.  There is an abundance of research out there that talks about the shift in the way people view the place of animals in their lives.

Our pets are not merely pets; they are family members.

I talk to Cooper much more than any family member I have.  I’m also not ashamed to say that I talk to him everywhere.  We’ve had deep philosophical discussions at Lowe’s or in the car or at a restaurant.  I did this with my last furry child as well. For years this has solicited looks from people that clearly said “Don’t look directly at the crazy woman talking to her dog”.  That never stopped me though.

In the past 3-4 years those looks have somewhat diminished, but it wasn’t until I came to work at PetSafe that those looks seemed to have almost disappeared.  However, a co-worker did tell me the other day that I needed a bigger dog so it didn’t look like I was talking to myself.  He was more worried about what others might think; to him it seemed perfectly normal! You see people here talk to their own dogs as well as their furry co-workers. Here, there is no shame in talking to your dog!