Treating Without Tricking Your Dog

It’s the season of treats!  Halloween is the time when people dress up in funny costumes and run around collecting all different kinds of treats.  Why do we keep doing it year after year?  Because it’s fun and all the treats taste good!  It’s very similar for our canine friends when they get their treats; they repeat certain behaviors when they receive a desirable consequence, such as yummy treats. 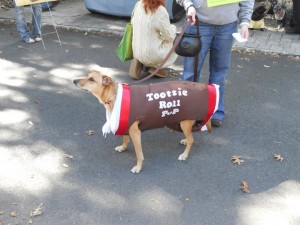 Dressing dogs up for Halloween can be very stressful for them, unless it's paired with lots of desirable things... like yummy treats!

To highlight this, I use the example of a traffic light. 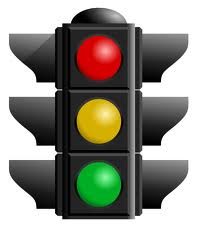 Right now, we sit patiently at red traffic lights because we are afraid that we will either get hit by another car or pulled over by police (For those interested in operant conditioning, this is considered Positive Punishment- something aversive (a car crash, a ticket from a police officer) is added in order to decrease the likelihood that we will run the red light again).  So when we approach a red light, we wait to cross until it turns green.

Let’s say, for example, that you’ve been sitting at a traffic light for 15 minutes.  Every minute you sit there, you get money (positive reinforcement- we’re adding something desirable to encourage the behavior of sitting at the red light).  At the end of 15 minutes, it isn’t so bad—you got lots of money.  At the next traffic light, you might get excited—Yay!  Another opportunity to get money!  You’ll sit and sit at that traffic light.

On the other hand, let’s look at how traffic lights really work.  If you sit at a traffic light for 15 minutes and nobody is paying you, you might start to get frustrated.  You might look both ways and see that no cars are coming.  You might not see any police officers in the area.  Then you might cross through the red light anyway.

Now you can see how using a desirable outcome can actually make a behavior stronger.  If you’re paid for sitting at a light, you’ll likely do it for longer and be happy about it!  If we take a look at how this works for dogs, let’s use housetraining as an example.  If a dog is rewarded for going potty outside, they will grow increasingly more willing to hold it and go outside.  Going outside = rewards!  Yay! On the other hand, if there aren’t any rewards, but the dog gets yelled at for going inside, he might wait until it is safe to go inside.  Similar to the traffic light incident, the dog might look around to see if it’s safe and that there are no “police officers” (aka- owners) around, and might go then.  This often translates into a dog going in another room or out of sight.

To put it simply, we want to pay our dogs for good behaviors so that those behaviors will happen again.  It works the same with humans.  We keep going to work because we get paid and we keep dressing up every year for Halloween because we get candy.  So now that we know we want to focus more on positive reinforcement to train reliable behaviors, we have to figure out what type of reward to give a dog.  There is a lot of discussion regarding what type of rewards to use during training.  Dogs enjoy lots of things, like treats, verbal praise, and affection.  But which one is the best for training? 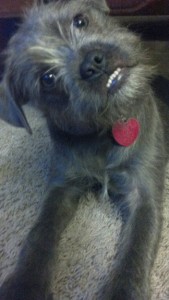 Daisy’s favorite reward is a piece of cheese!

To answer that question, we really need to take a look at the dog.  What does the dog enjoy the most?  Some dogs are very food-motivated, so treats are the best.  Some dogs prefer being showered with love and attention.  The most important thing to remember is that the thing the dog finds most rewarding might not be what you think should be the most rewarding.  For example, I think that my dog should LOVE getting a piece of a carrot as a treat.  But she doesn’t.  I need to focus on what she finds rewarding and give her that.

Most dogs love food as a reward.  Using food often works well because it’s a reward that we can control.  That means that we can quickly provide treats or food when desirable behavior occurs.  It also means that we can withhold it until the desirable behavior occurs.  This is unlike certain environmental rewards, such as a good sniff in the backyard.  While that can be very rewarding to a dog, it’s not necessarily something we can always control.  Additionally, we can control how much food we give a dog.  For example, you might want to give a small treat for a behavior that a dog already knows, but then give a “jackpot” (i.e. a bunch of really desirable treats) as a dog grasps the concept of a new behavior that you are training. If you use treats as a reward, here are a few tips: 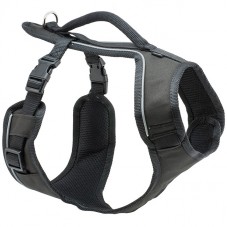 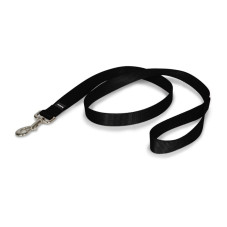