Why Did the Chicken Cross the Road? To Get to Kim’s House!

As animal people, we encounter all manner of enthusiasm and passion as it relates to our animal friends.  We are horse people, crusaders for animal rights, staunch vegans, the dog show set, gentleman farmers and…chicken people.  Crazy Chicken Ladies are rapidly becoming as socially recognizable as Crazy Cat Ladies, and I know this primarily because I am one.

Since September is National Chicken Month, we felt it only fitting to highlight some of our more obscure, but no less enjoyable, pets. When I began to toy with the idea of raising backyard chickens, I had no idea how trendy it had become.  As I was researching vegetarianism, I realized that I no longer wanted to support the egg industry but I wanted to continue to eat eggs.  The answer to this conundrum was – naturally – to simply raise chickens myself and enjoy their eggs.

I did a little research, joined a few chicken forums, hired someone to build my chicken coop and off I went.  On the day I brought my chickens home, the coop was still a couple of hours from being finished, but I wasn’t worried.  The chickens were in crates and were more than a little apprehensive of me, not to mention their new surroundings.  I brought home three silkies and two sex-links on that afternoon in June and now – nearly four months later – those five pullets are giving me 3-4 eggs a day.

Only a couple of weeks after I’d brought my chickens home, one of my silkies decided that she was ready to become a mom. She would sit on any egg she came across, which turned out to be all the other girls’ eggs, and became quite bothered with me when I would reach in to collect them.  I struggled with this since I had no roosters and I barely felt knowledgeable enough to raise the five I had, much less additional birds – and babies at that?! 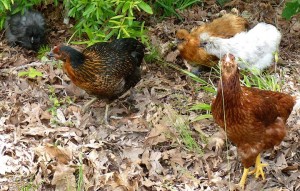 She couldn’t be dissuaded, however, and I contacted a local breeder a few days later and brought home a small clutch of fertilized eggs for my broody hen to hatch and raise.  We now have nine birds - five pullets and four chicks – and every single day there is something new to appreciate and enjoy.

Each chicken has her own personality and little quirks and in the few short months I’ve raised backyard chickens, I’ve come to realize that it’s not quite the primarily-uninvolved undertaking I’d imagined it would be.

The chickens do not wander far from their familiar territory and they spend their days foraging in the grass for delicious bugs and the various plants that grow around the perimeter of the woods.  They are creatures of habit, which works to my advantage when it’s time to close them up safely into their henhouse at night.  Left to their own devices, they will retreat to the henhouse on their own when the sun goes down, but since I’m not comfortable allowing them to wander around near the woods at dusk, I always shoo them off to bed about half an hour before they’re actually ready to go.

How do I round up a flock of birds who are not interested in obeying me?  I bribe them.  Their favorite treats in the whole world are dried mealworms and all I have to do is shake the mealworm container and they all come running from wherever they happened to be in the yard at the time.  They now associate me with treats, hugs and feather-stroking and are excited to see me whenever I go outside.  They see me off in the morning, standing on the front porch steps and on the sidewalk when I pull out of the driveway, and come running to greet me when I return in the afternoon. 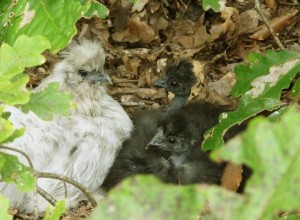 In addition to mealworms, there are all manner of treats that they enjoy:  greens, scrambled eggs, melon, cheese, baked fish.  They will eat basically anything I give them.

One of the more interesting things about them is how attentive they are and how quickly they catch on.  Only a few years ago, Premier partnered with Terry Ryan to host Chicken Camp, where she set out to prove that chickens respond to clicker training and that – yes, really – they can be trained.  It worked with clickers then and it works with mealworm containers for me now.

I was certainly not expecting to bring home such funny, lovable, individually personable animals when I decided to go out and pick up some birds that day.

I’ve surprised myself with the appreciation and love my chickens have managed to inspire in me.  I’ve babied one through an unfortunate cold, helped another raise a handful of babies, spent as much money on treats for the chickens as I do for my ridiculously spoiled Chihuahuas, built an addition onto their existing henhouse and ventured out into the scary darkness countless times to check on them when I hear suspicious noises at night.

I grow herbs for  them to eat and to sprinkle in their nesting boxes because I feel certain that they appreciate the attention to their living quarters.  It wasn’t until I began making my own lavender and tea-tree oil scented spritz to spray in their henhouse and over their bedding that my family became convinced that I’d finally gone ‘round the bend. But then I brought home some of our Drinkwell fountains for the chickens to use.  I don’t think anyone was really surprised, to be completely honest. 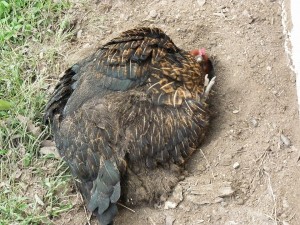 Chickens are wonderful, lovable, hilarious pets.  Sometimes I go outside just to sit with them and listen to the sweet cooing sounds that they make.  They jump up on my shoulders, into my lap, flap around to get my attention – all in the interests of a handful of treats and maybe a cuddle.

They provide my family with plenty of delicious eggs (that are tastier and nutritionally better for you than commercially-produced eggs), endless entertainment and remind me every single day that all animals –even ones that most people only consider as a source of food – have important lessons to impart, love to give and many, many lives to enhance simply by being alive.

Blanche, Cynthia and Sylvia attempting to dry off after a sudden downpour 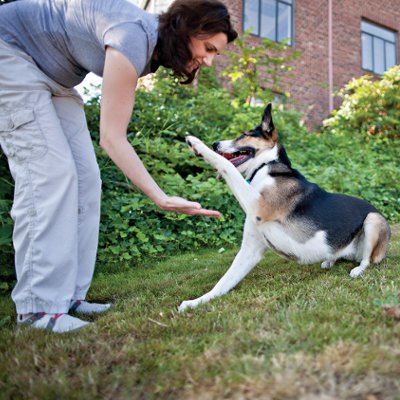 You’re Training a… What? 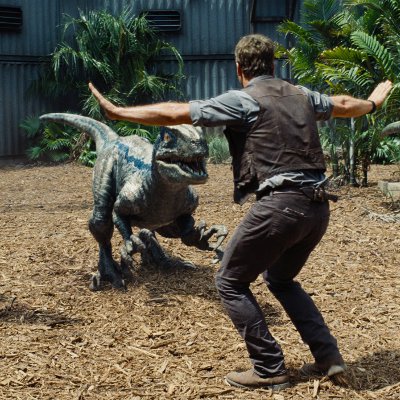 How to Save Yourself & Your Dog from Your Own Training Mistakes 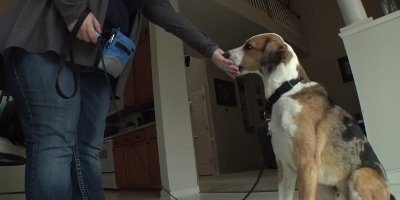 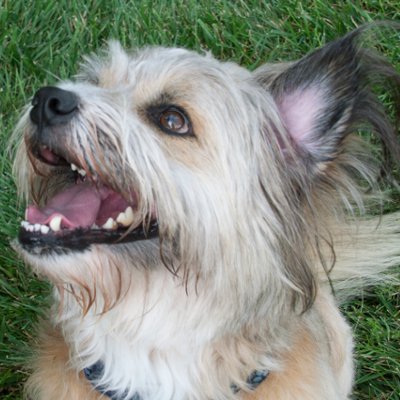 How We Made Doc a Star with Clicker Training 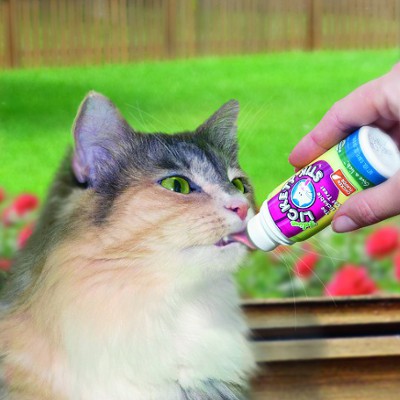 How to Train a Cat 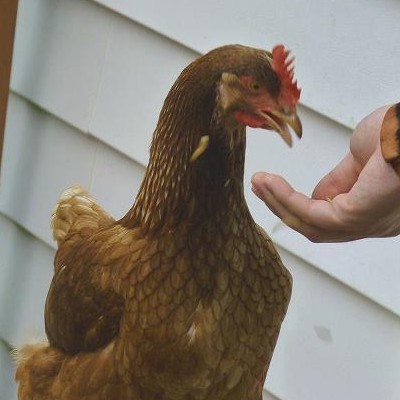 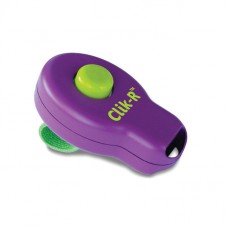 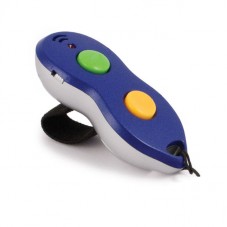 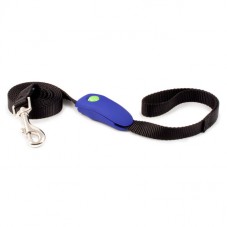 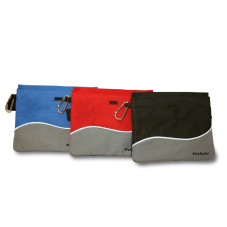