rscvm-ecws03
Blog > Why Does My Pet Pee On Objects

Why Does My Pet Pee on Objects?

For humans, going to the bathroom is associated with disgusting smells and unsanitary conditions, but pets view body waste quite differently. Scent rules your pets' world, which turns urine into a virtual Pee-Mail system that communicates an incredible amount of information. An individual pet's pee serves as a liquid name tag. It also can reveal your cat and dog's health issues, age, and sexual status to other animals.

While we don't usually mind our pets' preoccupation with sniffing these scented signposts out in the yard or in the litter box, people get upset when pets baptize illegal targets inside the house. There can be many triggers for cats and dogs to pee on objects. In both cats and dogs, usually the intact animal--the sexually potent cat or dog able to produce offspring--who become the most enthusiastic spreading their urine around.

Dogs evolved from wolves, creatures that use both urine and feces to mark the boundaries of their territory. Sniff-reading these signals tells interlopers how many other wolves live in the territory, as well as their sexual status. A wolf trespassing on another pack's territory may be killed, so the stinky warning keeps interlopers away and help prevent fights.

Dogs don't appear to respond to feces as a signpost the way wolves do. Instead, dogs almost exclusively use urine to mark their territorial boundaries. The most obvious example of marking in dogs is the leg-cocking behavior.

This pose aims urine at usually vertical objects, leaving a scented signpost at a convenient sniffing height. Other dogs also know to check out elevated spots, so targeting telephone poles or even a hummock of grass offers a clue the same way a human bulletin board announces where to look for messages.

While boy dogs typically indulge in leg-cocking behavior more frequently and readily than females, the girls also scent mark with urine, particularly when they are advertising their breeding availability to canine Romeos.

Very small amounts of urine do the job. In fact, some dogs may leg-cock with nothing to show for it. These instances usually occur when another dog is present. In effect, the dog that poses but doesn't produce may simply be going through the motions as a visual signal to watching dogs. When emptying a full bladder, urination is more often done in a squatting position with female dogs, and sometimes males as well.

Dogs tend to urine mark with great enthusiasm, and sometimes the target is not particularly appropriate. It's not unusual for dogs being walked in the park to urinate against a person's leg. Think about leg-cocking in terms of declaring "I OWN THIS!" It's understandable why your dog may pee on the wall near important household territory, like the kitchen where he's fed, or the bedspread that smells like you.

Dogs often pee on dirty clothes, especially a beloved human's underwear, since that holds our most personal signature odor. When a new person or pet comes into the home that possibly vies for important dog resources (including your attention), the leg lifting may increase. Think of this as a back-handed compliment! Neutering the dog usually reduces urine-marking exuberance, so that bedroom walls, tires, and furniture are less often baptized. 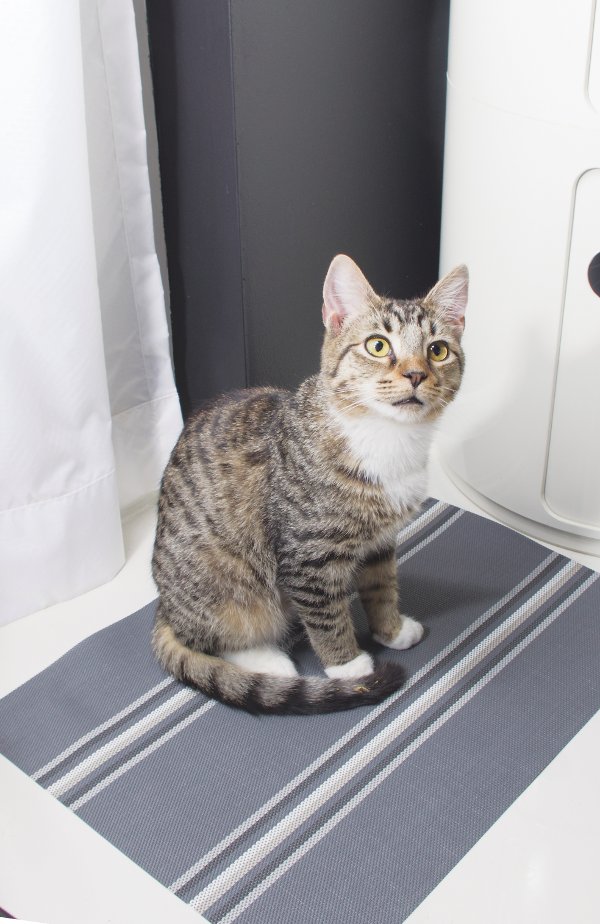 Cat lovers love the convenience of a litter box that contains kitty creations, and delighted that Kitty buries her waste. This behavior is thought to be a carry-over from her previous existence in the wild as a protective mechanism. Hiding the waste also helps keep the cat's presence hidden, a definite advantage when a mom has babies to protect.

But in the wild, adult cats are rarely preyed upon, have few natural enemies, and usually hold one of the highest levels in the food chain. Adult cats--both wild ones and our lap kitties--also use urine and uncovered feces to mark their territory. Cats may bury their own waste when in another's territory to avoid ownership disputes.

Spraying urine is a normal behavior of sexually active cats, especially males. Just as dogs cock their legs, cats back up to the target object and spray onto usually vertical surfaces. When only interested in emptying a full bladder, the cat more typically squats and urinates downward. Neutering drastically reduces the urge to urine-spray in cats, and that saves household furnishings from being ruined.

Many cats, though, also use urine as a calming agent to relieve stress. Cats thrive on the familiar and a known scent is a powerful tool. Upset cats use their pee like cologne to surround themselves with kitty-pleasing aroma therapy.

Anything can upset the cat. Seeing strange cats out the window, or smelling where they've urine-sprayed might prompt your cat to return the favor and pee on the door. Cats sometimes target objects that carry the smell of other animals or other unfamiliar scents, such as a briefcase or shoes from strangers visiting the house. Urinating on the object makes it smell like the cat, so it smells familiar and safe. That's also why soiling a beloved human's bed often is related to kitty separating anxiety when the cat chooses the place that smells most like you to share urine scent.

Cats also may seek out soft cloth objects such as the clean or soiled laundry to use as a toilet. Such soft surfaces can be pawed and cover up the waste, in a similar fashion as the substrate in a litter box. A rubber-backed bathmat is a very common pee-target for cats, probably because some types of rubber backing have been treated to prevent bacteria from growing. Unfortunately, that makes some of these mats smell like cat pee (to the cat) so Kitty just re-baptizes the place. Burnt odors may also prompt the behavior--and yes, it's yucky when the cat decides to pee in the toaster or on the stove burners.

Finally, cats may choose to pee in the bathtub or sink. If this happens, please see the veterinarian immediately. Perhaps it's because of the coolness of these locations, but this is a typical sign of a cat suffering from painful urination and could point to cystitis or another urinary tract disorder.