Why Tug Is the BEST Game to Play With Your Dog 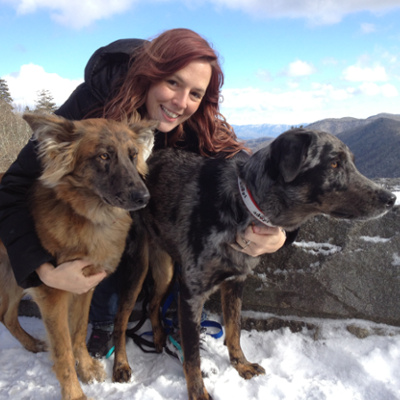 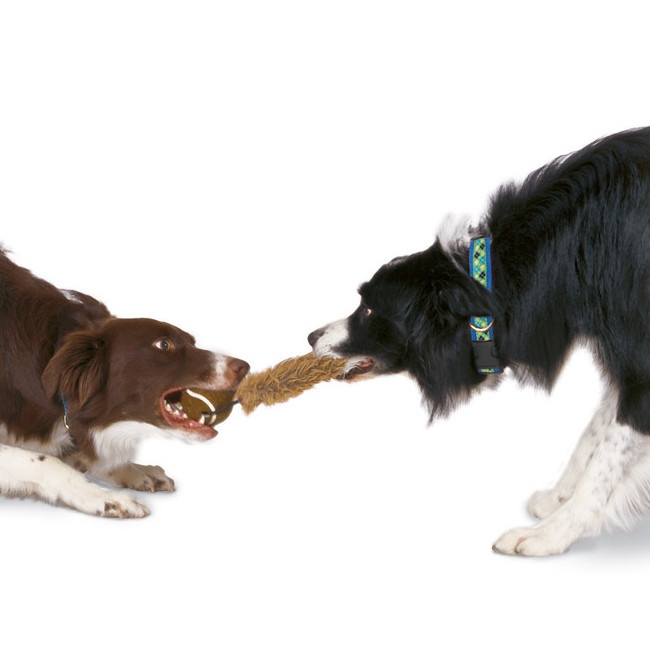 Want a great anytime, anywhere game that will wear your dog out quickly while helping to teach them obedience, bite inhibition, and impulse control, all while strengthening your bond with your dog? Play some tug!

Tug is something like a superfood of dog play

It is one of the best ways I know of to wear your dog out quickly while teaching obedience and strengthening your bond with your dog. And contrary to the myth that tug perpetuates aggressive behavior, it's actually an incredible way to teach your dog self control.

A big bonus is that you don't need to go outside, so you can make sure your dog is well-exercised even on wet and rainy days. Another wonderful benefit of tug is that it builds confidence. So for those of you who have a shy pup, playing a short session in a new scary place or when new visitors come in the house will make your pup feel much more comfortable.

How should you play tug to maximize the benefits?

The game becomes its own reward, and it really can enhance your bond with your dog. 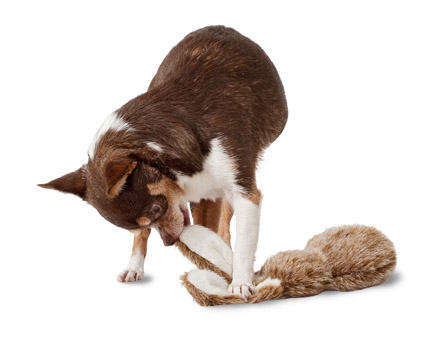 As your dog gets the hang of it, and he drops the toy consistently, start waiting for your dog to sit before playing the game again. Do not say Sit, but just wait for the pup to provide you with the behavior. Let your dog use his brain a little and guess what you're wanting. Dogs learn much better by figuring out the behavior themselves than when being told what to do.

I recommend keeping the tug toy away at all times and only bringing it out when it's time to play. That will give the game an even more special meaning and your dog will look forward to that awesome play session every time you bring the toy out.

One thing to note: should your dog ever accidentally snag your hand, say "oops!" and end the game immediately.

Some people worry that because they are getting their dog so riled up, that they are somehow causing their dog to be more aggressive. Just the opposite is true. Because you're having your dog go from 100 to 0 very quickly, you're actually teaching your dog impulse control AND bite inhibition (which is a dog's ability to control the pressure of his mouth when biting) through obedience training.

Plus, the game is so intense, that just a few minutes is enough to get the pup tired out.

So grab a tug toy and go have fun with your pup to start enjoying all the wonderful benefits! 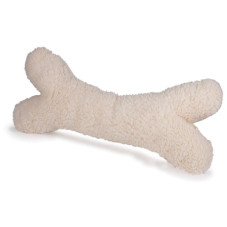