Are You Doing All You Can to Protect Your Cat?

We often hear great success stories about our containment products from dog owners. They were, after all, our company’s first product nearly 21 years ago. However, some consumers aren’t always aware we make a great in-ground fence for cats, too. We recently heard from Rochelle on our Facebook page about how much Yeti loves his system. 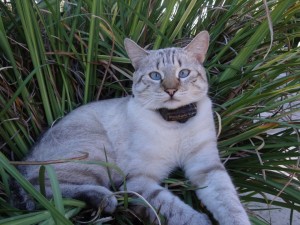 Here is her story:

We have been using the PetSafe In-Ground system for our dogs for quite a few years. We are breeders of Anatolian Shepherd dogs for livestock protection. The breed has the tendency to roam in order to expand their protection area and in the small rural community that we live in, that’s unacceptable. With the success of the system, it was a natural decision to investigate whether the system for cats would be a viable option.

We feel that all animals are happier and healthier if they are allowed to enjoy the outside environment, however there are inherent dangers whether it’s in a rural setting or the suburbs. In our situation, we have many predators that roam and hunt so keeping Yeti contained is the only choice. The only concern was whether or not Yeti would respond negatively to the collar. With dogs it is a proven and safe method of training but I wasn’t able to find anyone who had worked with cats before so it was sort of going at it blind. You can read the instructions and execute a proper method but until he gets his first little correction, you can’t know what his response is going to be and if it is going to have long term negative effects. We bought the system at the beginning of last summer when Yeti was only a year old.

Even if we had no experience, the installation is extremely simple and it would have been a piece of cake. Cats are so much more nimble than dogs so climbing is the biggest issue so we attached Yeti’s system to an existing fence to prevent him from going vertical. We currently have a yard area of approximately 1/4 an acre. We had to make quite a few adjustments on the placement of the wire to accommodate different areas that he was able to jump or climb. It was purely trial and error but once he got the idea of where the boundary, along with a proper zone width, he settled in quite well.

It took him no time at all to learn what the correction was all about. He also knows that if we leave a gate open he can run through it. It was all a matter of trial and error but all in all very simple.It’s nice to have Yeti in the backyard while I’m gardening without the fear of him running off. It’s fun to watch him enjoy being a cat chasing butterflies and just having fun outside.

As I said before, it’s in any animal’s best interest to go and enjoy the outside environment. It’s easy to take a dog for a walk to the dog park but inside cats are just that - inside. Also one of the big complaints I hear in the suburbs is people that have outside cats and roam the neighborhood are seen as a nuisance in the eyes of their neighbors. It’s really super simple to attach that wire to a fence and keep your cat on your own property.

We also just adopted Odin, who is an F2 Savannah meaning he is over 25% African Serval. The wild nature inherent in his genetics might make it more difficult to train him. We will use the same methods but keep a close eye on his demeanor. He is 7 months old now so I think he’s ready for training. And, I can certainly tell you that if Yeti could talk he would have a lot to say about how much he loves his system!

As for me, being woken up at 5 in the morning on a Sunday because he wants to go play can be a little less than ideal. :) But that just makes it more the fun because we know that he is having a great time outside and more importantly he’s SAFE!

The Petsafe systems for both the cats and the dogs are an invaluable asset to our pet ownership. We could not keep our animals safe without it!

Has any other cat owner had a similar experience with the fence? Why does your cat love it so much?

ABOUT NATALIE As the PetSafe Brand Marketing Specialist, Natalie manages The Paw Print blog and generates other brand related content including public relations and promotions. Before PetSafe, Natalie worked in the local media covering politics, education, and religion. Natalie’s puppy, Emma, spends almost as much time in the office as she does. 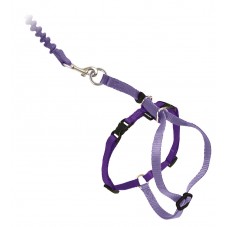 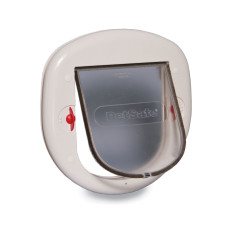